Stop judging people by their past- Toyin Abraham 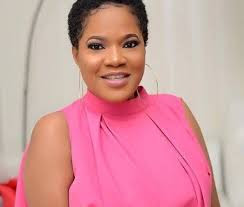 Popular actress and filmmaker, Toyin Abraham has a word for people who continually judge others by their past.

The movie star via her Instagram page on Tuesday, January 28, 2020, said everyone has a past and it should not be used to judge them.

“Everyone has a past, some more intense than others. Stop using their past to judge them.

Everyone has done something they are not proud of. So when people want to change, support them and help them grow. Stop judging,” she wrote.


Talking about ugly past, Toyin Abraham has had her fair share of a past one wouldn’t want to go back to.

Recall that in 2017  Abraham shared her drug abuse story

The beautiful actress spoke about it while she was a guest at the 2017 edition of Success Story Africa, held at the TLC Auditorium, Lagos.

“You need to stop bad habits. I was involved in a lot of vices and it became worse last year. I abused drugs and I am not ashamed to say it because it’s now a thing of the past. They say codeine makes you high; I took a lot. I smoked a lot and I didn’t even know I looked horrible because I was so skinny.

“If you came to my house last year, you would meet a lot of people and you won’t want to leave because we smoked, gossiped about people and what have you. I made a lot of mistakes when I began acting and that was because I did not have plans. I just wanted to be known”.