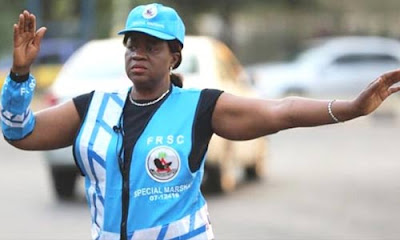 If Monica Dongban-Mensem, a judge at the Abuja court of appeal, had her way, she would have prevented the death of Samson Kwapda’as, her son, in 2011.

It was meant to be a day of celebration for the family. The then 32-year-old student had graduated with a law degree from the University of Jos (UNIJOS), Plateau state, and had gone to the capital city to get his certificate.

“I gave up sleep, hoping that my son will walk through the door and give me a big hug. I also left a plate of food on the table hoping he would return hungry,” she told BBC.

But then, the unthinkable happened.

He was said to have been knocked down by a hit-and-run driver at the Miners Junction in the Tundun Wada area of the city and died after moments of writhing in excruciating pains without help from on-lookers.

“My son wanted to be the best prosecutor in the world but died like a chicken on the street after being knocked down,” she said.

“He broke his two legs and neighbours within the area looked the other way as my son groaned in pain, bleeding from one end of the road to the other.

“He gave up the ghost in the pool of his own blood but I am sure he would have survived if he was rushed to the hospital.”

It was an incident that evokes sad memory for Dongban-Mensem, but the 62-year-old is rooting to avoid a repeat of such occurrence on Nigerian roads.

After the incident, she took to road safety advocacy with the Federal Roads Safety Corps (FRSC) and was certified as a traffic warden in 2016.

She has since been engaging in the coordination of traffic movement in the nation’s capital at her leisure time.

Aside this, Dongban-Mensem also floated Kwapda’as Road Safety Demand, a non-profit organisation, named after her son.

The organisation aims to educate and sensitise motorists on road safety tips, while she also plans to establish driving school for commercial drivers — so as to offer free training to drivers.

“It was a very bad experience which I would not want any other parent to feel and that was what drove me into safety advocacy,” she told the news outlet.

“Better road safety will mean dignity of life. It will mean the government and the people taking more responsibility to dignify people’s lives by providing good motorable roads and ensuring that those who are allowed to drive on the road are persons who are willing to take up responsibility for their actions.

“We’ll not give up, we shall continue to go out, talk to people, appeal to their consciences, appeal to government, appeal to corporate organisations. We are not asking for their money, we are asking them to take responsibility to ensure that motorists are educated.”

According to the Nigerian constitution, hit-and-run drivers, if apprehended and found guilty, can be charged with manslaughter and face up to 14 years in jail.

But Dongban-Mensem noted a stricter measures such as life imprisonment for such people would address the situation, adding that affected families should also get financial compensation.

Fidau: We had no plan to bar Oyo deputy gov ― Ajimobi’s family 0

The Peoples Democratic Party, PDP, has said the judgment of the Court of Appeal in favour of Governor Yahaya Bello does not detract from “the

WASSCE 2020: No timetable yet, says WAEC

The Anap Foundation COVID-19 Think Tank has warned that reopening of schools in the height of COVID-19 spread is premature.This is on the heels of

The Peoples Democratic Party, PDP, Oyo State chapter, has on Sunday, berated the prevention of the state’s deputy governor, Engr. Rauf Olaniya and other members