Breaking: Obasanjo shares a secret about El-Rufai and the privatisation between 1999 and 2003

- Olusegun Obasanjo, former president, extols the virtues of Nasir El-Rufai, governor of Kaduna state, who served with him between 1999 and 2003

Olusegun Obasanjo, Nigeria's former president, said on Sunday, February 16, that Governor Nasir El-Rufai of Kaduna was a success with the role he played in the national privatisation programme between 1999 and 2003.

Obasanjo described El-Rufai as part of the reasons the privatisation programme became a success while the latter took seat as the first director-general of the Bureau of Public Enterprises (PBE).

Obasanjo established the BPE when he was president during his first term between 1999-2003.

In the statement, Obasanjo noted that El-Rufai also turned around the infrastructural and socio-economic development of the Federal Capital Territory (FCT), when he was the Minister of the FCT. 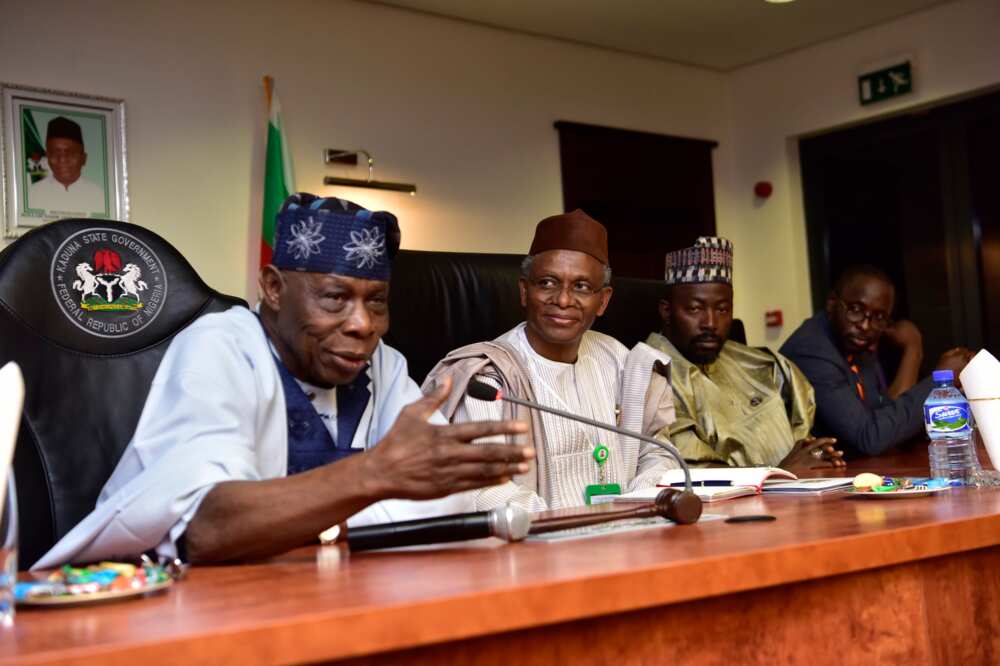 Obasanjo praises El-Ruai and says he played key roles in the success of his administration
Source: UGC

The message, which was made available Obasanjo's media aide, Kehinde Akinyemi, described El-Rufai as a Nigerian, who has demonstrated rare qualities of commitment and courage in the public service in various capacities.

"Over the years, I have followed, with keen interest, your modest inspiring career as a Professional architect, community leader, administrator and politician.

"And I note, with special delight your demonstration of rare qualities of commitment and courage in the public service in various capacities.

"Under my watch as a democratically-elected pThe resident of Nigeria, you made a great success of our privatisation programme as the director-general of Bureau of Public Enterprises, which resulted in the liberalisation of our nation's economy and our being able to meet some of the challenges of globalization and tackling the problem of poverty in our land," Obasanjo said. 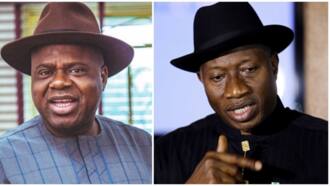 The former president also applauded the giant strides in terms of infrastructural and socio-economic development which the Federal Capital Territory (FCT) recorded under El-Rufai.

"I salute the uncommon sense of duty and patriotism demonstrated by you at enhancing sanity in the physical development at the FCT.

"Without any doubt, as the incumbent governor of Kaduna state, you have contributed to the well-being of your people, especially in the implementation of populist programmes and infrastructural development in the state.

"I can only implore you not to rest on your oars and to re-double your efforts as the Chief Executive of one of the most politically restive states in the north west of the country to ensure peace, stability and security in the state until we collectively, propel our dear country to the promised land.

"I trust you will continue the good work you are doing to the glory of God and to the benefit of our people," he added.

Legit.ng reports that Obasanjo, on Wednesday, December 11, 2019, paid a visit to El-Rufai and praised him for his successes.