- While many are reportedly killed in the attack, others are currently taking refuge in neighbouring local government areas

President Muhammadu Buhari, on Sunday, February 16, came strong against the latest round of attacks on farmers by bandits in Damkal and Tsanwa villages in the Batsari local government area of Katsina state.

Buhari said said killing people in the name of revenge is not acceptable.

A statement by Garba Shehu, presidential spokesperson, quoted Buhari as saying this in his reaction to the incident that happened recently and which led to the burning of homes and killing of people at the weekend.

“No one in the country has a right to take laws into his hands by the way of self-help or revenge. 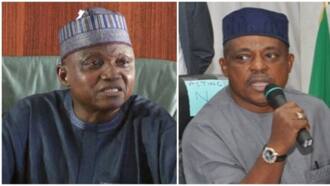 "Local communities that catch bandits should hand over the suspects to law enforcement authorities instead of meting out capital punishment, leading to a cycle of revenge and counter revenge," the statement said.

The president, the statement said, urged community leaders and the local authorities "to continue their efforts in partnership with law enforcement agencies that bring the surrender of bandits, leading to peace between farmers and herders."

The statement further quoted the president as saying: “The authorities must be allowed to investigate and deal with any breach that occurs. There is no place for violence in a decent society."

Buhari prayed that God would comfort the families that lost their loved ones in the attacks and repose the souls of the victims.

Legit.ng earlier reported that many people were killed in the attack as the gunmen stormed two villages in Batsari local government area of Katsina state. 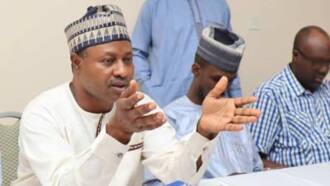 The report said the gunmen stormed Dankar and Tsauwa areas at night on Friday, February 14, shooting sporadically and setting ablaze houses and vehicles.

As a result of the attack, the villagers were said to have fled to neighbouring local governments of Batagarawa and Katsina where they are currently taking refuge.

Whom do you think can replace President Buhari in 2023? | Legit TV