Diezani stole too much from Nigeria, she must be extradited to Nigeria now - Magu begs UK

- Magu has revealed why the former minister of petroleum, Diezani Alison-Madueke, must be extradited to Nigeria

- Diezani was the minister of petroleum resources between 2011 and 2015

Ibrahim Magu, the acting chairman of the Economic and Financial Crimes Commission (EFCC), has appealed to the government of United Kingdom (UK) to extradite the former petroleum minister, Diezani Alison-Madueke, to account for alleged missing of $2.5 billion in her ministry during the administration of former president Goodluck Jonathan.

The Nation reports that Magu, at a media briefing in Kaduna on Monday, February 17, ahead of the Tuesday, February 18, passing out parade of EFCC trainees at the Nigerian Defence Academy (NDA), said personnel of the commission were trained to, “shoot and kill corruption in Nigeria, so we cannot be challenged by any threat."

Legit.ng gathered that while fielding questions from reporters, the EFCC boss said Diezani has stolen so much money that she needed to be extradited to the country to return the money back to the federal government.

He said: “I was in London this year, we did investigation together with the UK team, and anywhere I go I always call for the extradition of corrupt Nigerians to return back the money. This woman has stolen so much, not less than 2.5 billion dollars, but unfortunately, she has a generation of looters who are supporting her. This is not good. “We are in touch with the international community, she is under protective custody, otherwise, we would have arrested her, return her to Nigeria.”

He, however, said corruption is surmountable, pointing out that in 2019, a total of 1,218 convictions were secured by the commission.

The EFCC boss also added that in January this year, 28 convictions were effected, involving billions of dollars and pound sterlings. 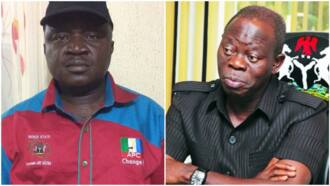 “We will not allow corruption to work here in Nigeria because it is destructive and disastrous. We blocked several accounts,” he added.

Meanwhile, Legit.ng had previously reported that Magu accused the United Kingdom of refusing to extradite a former minister of petroleum, Diezani Alison-Madueke to Nigeria.

It was reported that he said on Tuesday, January 21, that the government of the United Kingdom despite all attempts by the federal government to bring Diezani back to face trial for alleged money laundering in Nigeria has been futile.

In another report, EFCC came into the $44.9 million alleged wire fraud and money laundering charge against the Air Peace chief executive, Allen Ifechukwu Athan Onyema, moments after the case came up in the US. 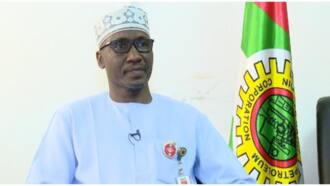 EFCC had on Saturday, November 23, 2019, constituted a special panel to investigate the allegation levelled against him.

Also, EFCC reacted to a tweet from a Twitter user identified as @TheRealDayne which showed an alleged picture of a holding center belonging to the agency.

The Twitter user in a now-deleted tweet had shared a photo of an open dumping facility, surrounded by razor-wired walls, which is alleged to be EFCC’s holding cell at its Port Harcourt zonal office.