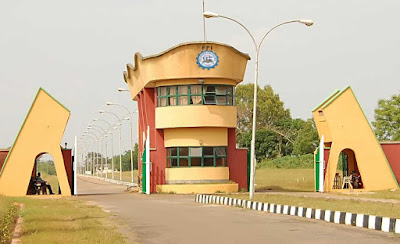 Students’ Union President of the Federal Polytechnic, Ilaro, Ogun State, Adegboye Olatunji, who was arrested for alleged involvement in cultism, has been granted bail.

Olatunji was granted bail by a Magistrate Court sitting in Ifo area of Ogun State on Monday.

The SUG President was arrested last week, allegedly inside a bush at Gbogidi area of Ilaro, when new intakes were being initiated.

On Sunday, the Southwest Zone of the National Association of Nigerian Students (NANS) threatened to embark on a statewide protest if Olatunji was not charged to court by the police.

NANS alleged that the police and the management of the polytechnic were making efforts to tarnish the image of the SUG President.

In a swift reaction, the Ogun Police Command warned the students not to embark on the planned protest as anybody caught would face the full weight of the law.

Meanwhile, Olatunji was docked yesterday by the police on three-count charge.

He was, however, granted bail in the sum of N200,000, with two sureties in like sum as the case was adjourned till February 20.

Speaking on the issue, the Special Assistant to Governor Dapo Abiodun on Students Matters, Azeez Adeyemi, said the State Government waded into the matter to forestall breakdown of law and order.

Adeyemi, who also doubles as NANS National Public Relations Officer, said he met with the police and the students to resolve the matter amicably.

He said: “The protest didn’t hold because the government of Dapo Abiodun cannot sit and watch the state being under fire over an issue that we can sit and resolve amicably.

“As a Special Assistant to the governor on students matters, I have to do the needful basically with the past experience I have in students’ struggle.

“We stand down the protest on the intervention of the state. Myself as the agent of the state government has to wade in and put out calls to both sides for us to have the continued peace we are enjoying in the state.

“I met with the students and as well met with CP. We had a robust discussion between the CP and myself and we both agree that we should suspend it till I come down to Eleweran to have a meeting with the management team.

“After the meeting, we were able to resolve that the boy should be charged to court; at least, that would guarantee his freedom pending the time the case would be tested in the court of law.”

The Godfather, released in 1972, is the first movie in a trilogy of crime films that are still popular to date. The film is set

Ayn Rand was a Russian-American novelist, philosopher, playwright, and screenwriter. The famous Ayn Rand quotes trending online has made her even more popular. She is