The Oluwo of Iwo, Oba Abdulrasheed Akanbi, has denied the allegation that he assaulted the Agbowu of Ogbaagba, Oba Sikrulahi Akinropo, during a peace meeting in the state. 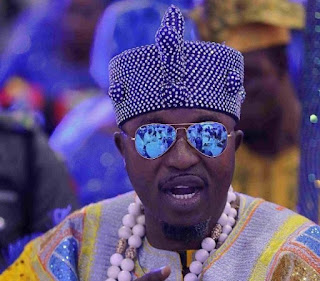 Oba Akanbi, at a press conference on Tuesday in Osogbo, said the allegation was a gang up against him.

The monarch, who denied the trending report of physically assaulting Oba Akinropo, said what happened was a ‘mere altercation and not physical combat’.


Oba Akanbi said what transpired between him and the Ogbaagba monarch was a fallout of a courageous move on his part to put a stop to economic oppression against the downtrodden by kings in his domain.

“I did not punch Agbowu of Ogbaagba, although there was an altercation that almost resulted to exchange of blows, that didn’t happen at all.

“I brought him and other Obas to the police to talk to them on the need to stop selling land that did not belong to them.

“I am fighting corruption in a traditional way.

“They are selling a hectare of land at the rate of N60,000, which I’m kicking against.

“I did not touch Agbowu of Ogbaagba, although he was aggressive and we almost had altercation but I did not punch him,” the Iwo monarch said.

The Iwo monarch added he is a peace-loving personality.

“If I am that boxing king you people are calling me, I should have done that in Iwo and not in Osogbo.

“I personally initiated the peace meeting in which I involved the AIG when those kings refused to desist from land grabbing despite my several warnings and advice,” Oba Akanbi said.

Akanbi was alleged to have assaulted Akinropo during a peace meeting at the office of the Assistant Inspector-General of Police in charge of Zone 11, Bashir Makama, in Osogbo on Friday.

The state government, however, condemned the incident, describing it as unfortunate and avoidable.

The government in a statement by the Commissioner for Information and Civic Orientation, Mrs Funke Egbemode, said a situation where monarchs engaged in a public display of temperament did not edify the revered stools of “our forebears.”