- In a 2020 ranking done by Henley Passport Index, Nigeria has one of the weakest passports in the world

A 2020 ranking done by Henley Passport Index has rated Japan as the country with the most powerful passport with Visa-free access to 191 countries.

This is the third time Japan would be getting the top position. Singapore follows in the second position with South Korea in the third place.

It should be noted that the ranking is based on the visa-free access the passports have. On the African continent, Angola is rated the strongest with access to 49 countries. A collage showing the passports of Japan and Nigeria. Photos sources: Independent and Financial
Source: UGC

Below are therefore African countries according to their ranking: 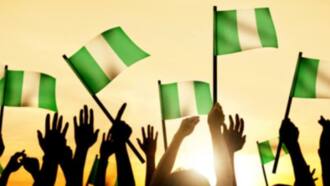 Meanwhile, Legit.ng earlier reported that the US visa ban placed on Nigeria and 13 other countries on Thursday, January 30, aborted Saheed’s plan to give his family a comfortable life in America. 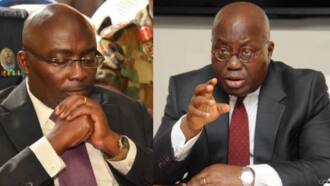 Corruption Perception Index: Ghana named as one of Africa’s corrupt countries in 2019

Prior to the ban, 32-year-old Saheed hoped to buy a house in Houston, move together with his wife Azeezat and have children.

The Nigerian man met Azeezat through his aunt in Nigeria as the two had a special connection over their similar medical backgrounds.

After their marriage, the wife’s paper to travel was arranged as they waited for the whole process to be completed.

Saheed said nothing is sadder than for newlyweds to face the uncertainty that they may never be together in the same place.

Busayo Fasidi, a family immigration lawyer in the US, said the people who are trying to bring their families from overseas will be gravely affected by the ban. 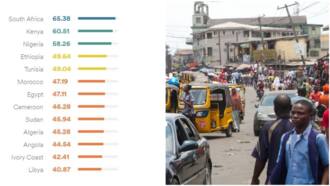