- A suspect has been arrested in connection with the murder of Laetitia Dagan, a senior State House official

- The police command in the FCT said the unnamed suspect conspired with others, who are yet to be caught, to commit the crime

- Dagan was killed by gunmen on Monday evening, February 17, in her private apartment in Abuja

The police in Abuja have arrested a suspect over the death of an assistant director attached to the State House in Abuja, Laetitia Dagan.

According to a statement by the Federal Capital Territory (FCT) command's spokesman, Anjuguri Manzah, the arrest followed a preliminary probe by the criminal investigation department of the force.

The police added that the suspect whose identity was not revealed conspired with others, who are still at large, to carry out the crime, Channels TV reports. 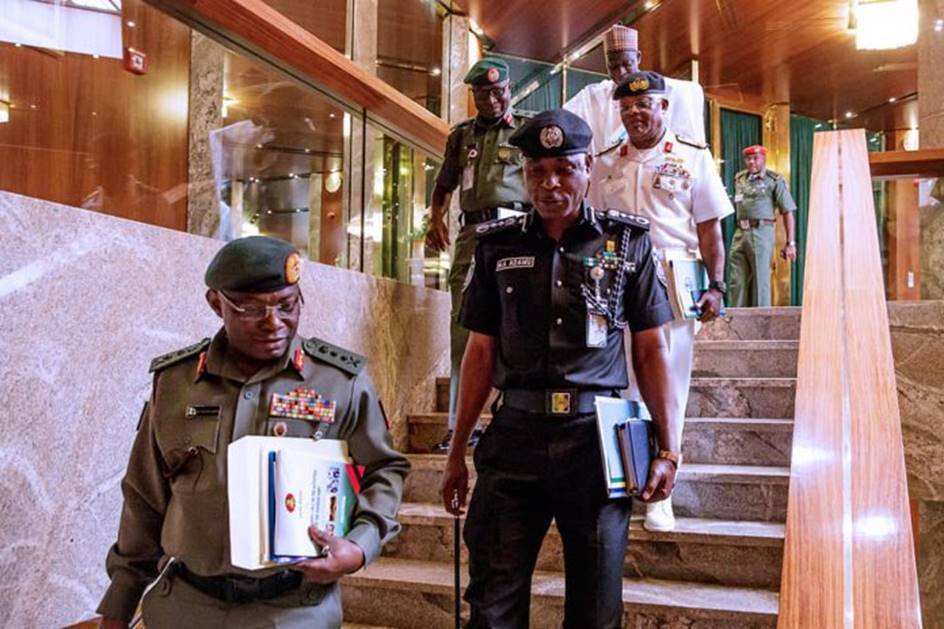 Mohammed Adamu, the inspector general of police, and other service chiefs after meeting with President Buhari at the Aso Villa. Credit: Presidency
Source: UGC

The statement, also, warned members of the public to overlook inaccurate stories on social media about the murder of Dagan so as not to pre-empt investigation.

Dagan was killed by gunmen on Monday evening, February 17, in her apartment in the Galadimawa District of Abuja.

Arabi, announcing the sad incident, revealed that Dagan was murdered around 11pm on Monday.

Describing the death of the deceased as a painful loss both to her family and the entire State House, Arabi assured the public that the police will surely trace, arrest and prosecute the culprits behind this mindless act in no time.

In her statement, she said: "The Police will fish out the killers of Laetitia and the law will take its course.”

In another report, the death of a former lawmaker of the Ogun state House of Assembly, Yinka Mafe, has been announced.

Mafe, the immediate past majority leader of the Ogun state House of Assembly died on Tuesday, February 4.

It was gathered that the former lawmaker died shortly after celebrating his 46th birthday having complained of chest pain after the celebration.

Also, his remains have been deposited at the Olabisi Onabanjo University Teaching Hospital (OOUTH), morgue in Sagamu.