- The sacked APC's governor-elect in Bayelsa, Lyon, has urged people not to blame his running mate for the development

David Lyon, the Bayelsa governor-elect sacked by the Supreme Court, has said his running mate, Biobarakuma Degi-Eremienyo, should not be blamed for the development.

The sacked governor-elect also urged his supporters and members of the All Progressives Congress (APC) to avoid violence.

The Nation reports that Lyon described himself as a peacemaker and would never resort to violence over the judgement.

This was in direct reaction to the violent protest that trailed the verdict. 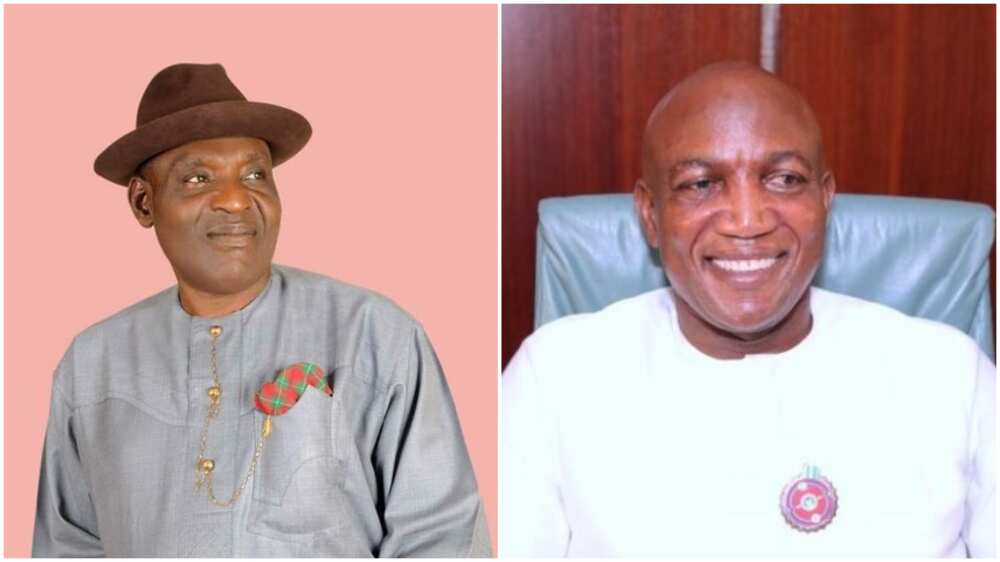 Lyon said his running mate should not be blamed for the Supreme Court verdict which sacked him as Bayelsa governor-elect
Source: UGC

Lyon was sacked because the apex court found his running mate guilty of the certificate forgery suit filed against him by the PDP and its governorship candidate, Douye Diri.

Diri was subsequently declared as the winner of the election and sworn-in as the governor in line with the implementation of the apex court's verdict.

Lyon, however, said the party's legal team will explore all legal options to reclaim the mandate.

Earlier, Legit.ng reported that the APC had reacted to the protest purportedly staged by its supporters at the residence of Justice Mary Odili, a justice of the Supreme Court.

Justice Odili gave the verdict which sacked Lyon as the governor-elect of Bayelsa state.

Following the verdict, a protest linked to APC supporters was staged at the residence of the revered judge in Abuja.

However, the APC deputy national publicity secretary, Yekini Nabena, dissociated his party and its supporters from the protest.

Nabena on Tuesday, February 18, accused the PDP and one of its governors of being responsible for the protest.

The deputy APC spokesperson claimed the PDP sponsored the protest in order to paint his party and its supporters in a bad light.

He added that it was the PDP that has been protesting against the judiciary by marching from one embassy to another.

Nabena also urged the judiciary to remain upright and always ensures the will of the people and rule of law prevail.

Meanwhile, the APC has asked INEC to conduct a fresh governorship election in the state. However, the party's call for a fresh poll sparked heated reactions from Nigerians.

Read some of the reactions below: