- 10-year-old United fan Daragh had pleaded to the Liverpool manager to let the club lose, fearing their dominance is too extreme

- In response, Klopp saluted the courage of the young lad but claimed he could not disappoint millions of Liverpool fans

Jurgen Klopp and his players are just a few steps to historical first Premier League diadem in 30 years, and with just five victories left, Liverpool may shatter some of the existing records to walk their way to the dreamland.

The Reds have never tasted any defeat since the beginning of the season and are standing comfortably without any blemish on the table with huge 76 points in 26 matches played.

A narrow 1-0 win over Norwich City means the Merseysiders are on their terrible form ever, forcing a 10-year-old Man United fan Daragh to write Liverpool boss Jurgen Klopp to let the club lose. 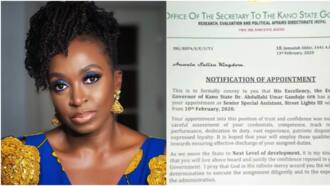 Bewildered by the margin between the Anfield outfits and their challenger, Daragh who "go to Glenswilly N.S in Donegal" claimed, "Liverpool are winning too many games."

He urged Klopp to let Liverpool lose because if they "win more 9 games you have the best unbeaten run in English football."

In what turned out to be real, Daragh was left stunned as he received an official response from Klopp hilariously rejected his request. "Unfortunately, on this occasion, I cannot grant your request, not through choice anyway,'' Klopp said.

'As much as you want Liverpool to lose, it is my job to do everything that I can to help Liverpool to win as there are millions of people around the world who want that to happen so I really do not want to let them down.'' 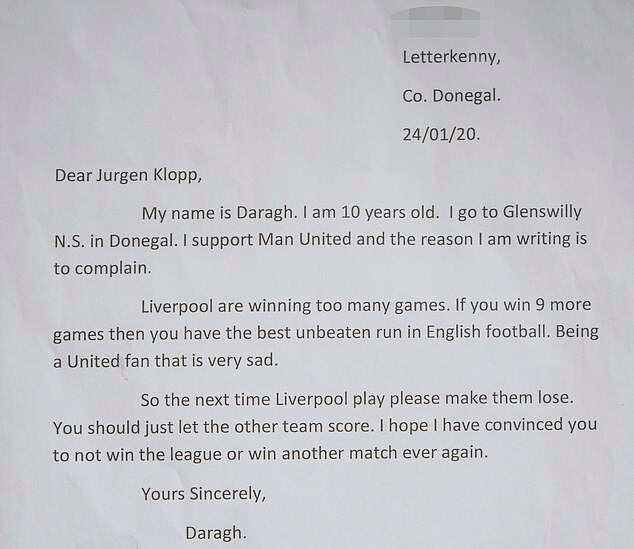 Meanwhile, Liverpool on Tuesday night, February 18, suffered a 1-0 defeat against Spanish giants Atletico Madrid in the UCL round of 16 first leg encounter.

Jurgen Klopp's men travelled to Spain in high spirit having won their last Premier League game and they remain the only unbeaten side this season in the English topflight.

Earlier, Legit.ng reported that Jurgen Klopp has jokingly backed Juventus to win this season's Champions League as the competition returns in full force after a Round 16 draw break.

Reds will be heading to Spain for the first leg of their Champions League Round 16 tie against Spanish giants Atletico Madrid.