- It is indicated that Henrietta's cells also aided medical research into diseases such as leukaemia, influenza, haemophilia, herpes, Parkinson’s disease and cloning

A black woman identified as Henrietta Lacks whose body cells had extraordinary ability to multiply outside her body was the icon behind the creation of the polio vaccine without her knowledge.

Africacheck.org indicates that the HeLa (Henrietta Lacks) cells were easily affected by the poliovirus which made it ideal to use for testing and developing the polio vaccine.

Legit.ng gathers that apart from the breakthrough in using the HeLa cells to develop vaccines for the incurable polio vaccine, reports indicate that the HeLa cells have also supported other medical research into diseases such as leukaemia, influenza, haemophilia, herpes, Parkinson’s disease and cloning. 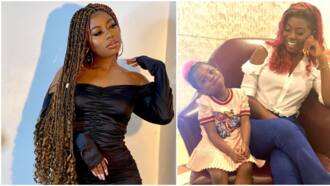 It is reported that since the polio vaccine came to use in 1955, the poliovirus has seen an almost complete eradication.

The extraordinary ability of Henrietta's cells was discovered when she was hospitalised after suffering from cervical cancer at the Johns Hopkins Hospital, Baltimore, USA, in 1951.

Samples of her tumour cells were sent to one Dr George Gey who made the profound discovery about the HeLa cells. This was not known to Henrietta and her family and no consent was granted for the cells to be taken or even used in any research work.

It was until the publication of a paper titled The Immortal Life of Henrietta Lacks that her life story and legacy has become well-known.

The HeLa cells were cultured, which is how cells are kept alive and grown after they’ve been removed from an organism, like a plant or an animal. 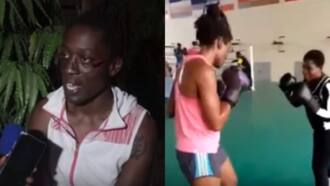 In other news, in 2012, Dr Hadiyah-Nicole Green became the second African-American woman to obtain a PhD in physics from the University of Alabama at Birmingham.

Green became the first in her family to attend college. She gained admission to Alabama A&M University with a full scholarship, where she pursued physics and earned her bachelor’s degree in physics and optics in 2003.