- INEC has declared Governor Diri and his deputy, Ewhrudjakpo's seats vacant at Senate

- Mahmood Yakubu, the INEC boss, said that new date for the rerun in the state would be communicated later

Nigerian Tribune reports that at a meeting with the Resident Electoral Commissioners (RECs) on Friday, February 21, the chairman of Independent National Electoral Commission (INEC), Professor Mahmoud Yakubu, said bye-elections would be conducted in Bayelsa Central and Bayelsa West senatorial districts.

Legit.ng gathered that he told the gathering of RECs and newsmen that the development was a sequel to notification by the president of the Senate, Ahmad Lawan.

It was revealed that Senator Douye Diri from Bayelsa Central has since emerged as governor on Friday, February 14, following the judgment of the Supreme Court which voided the victory of the candidate of the All Progressives Congress (APC), David Lyon and his deputy, Senator Biobarakuma Degi.

Senator Lawrence Ewhrudjakpo representing Bayelsa West has equally emerged as deputy governor to Senator Diri on a joint ticket of the PDP. 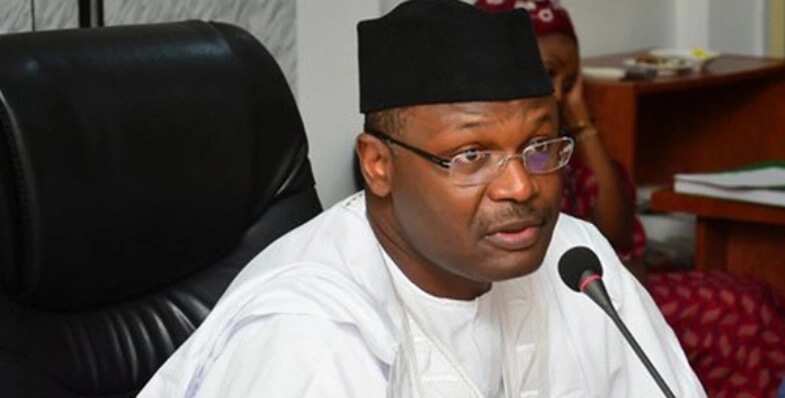 Yakubu, who gave the disclosure, said the commission would soon fix a date for the election in the south-south state.

He said: “In compliance with the orders of the Supreme Court, the commission has presented certificates of return in respect of the governorship elections in Imo and Bayelsa states. In the case of Bayelsa state, both the governor and deputy governor were serving senators.

Meanwhile, Legit.ng had previously reported that Diri appointed four principal officers into his cabinet a week after being sworn into office.

It was reported that Daniel Alabrah, the governor’s acting chief press secretary, announced this in a statement on Thursday, February 20.

He said the governor appointed Friday Benson, a former speaker of the state House of Assembly, as secretary to the state government, while Irorodamie Komonibo will serve as principal secretary.