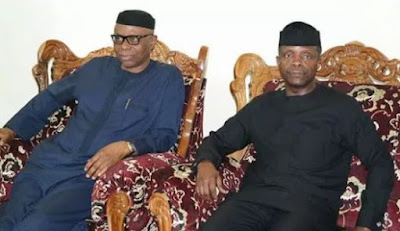 Vice President Yemi Osinbajo, on Friday, advised Nigerians to always contribute their quota to the development of the country.

The final burial ceremony of the late Muniat Mimiko, mother of former governor of Ondo state was witnessed by personalities from all walks of life.

The Civic Centre, Ondo,venue of the ceremony was packed to the brim by politicians who came to pay their last respects to Mimiko’s late mum. Irrespective of their political leanings,they all came to identify with the Mimiko’s.


Osinbajo, who was one of the special guests at the event described the deceased as a woman who contributed her quota to the development of the country.