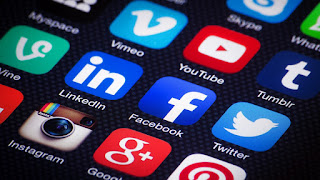 The Minister of Communications and Digital Economy, Dr Isa Pantami, has denied reports that the Federal Government is planning to monitor phone calls made by Nigerians.

The reports, supposedly based on a message authored by the minister, also said the Federal Government was planning to monitor the activities of Nigerians on the social media.


They stated that all mobile telephone devices in the country had been connected to the system of the Ministry of Communications and Digital Economy.

However, Pantami on Saturday denied the reports.

In a statement issued by his spokesperson, Uwa Suleiman, the minister described the reports as fake news.

The statement read in part, “The attention of the Minister of Communications and Digital Economy, Dr Isa Pantami, has been drawn to a misleading message purportedly authored by him, currently trending on social media.

“The fake news is circulating a message which implies that all devices are now connected to the ministry’s systems and that effective tomorrow, it will commence the recording of phone calls and the monitoring of all social media platforms and fora.

“The malicious message also further discourages citizens from sharing any messages or videos with political or religious content as it is now officially a crime and could even lead to arrest.”

The minister explained that he initially ignored the message, which has been in the public domain for some time, so as not to give undue attention to its originators.

But he further explained that its spread, coupled with attempts by well-meaning members of the public to get clarity and the need to ensure that all Nigerians were properly informed, necessitated the need to refute the reports.

Pantami suggested that the reports were part of ‘divisive messages’ that sought to distract the ministry from its focus on digitalising the Nigerian economy.

He added that, as director-general of the National Information Technology Development Agency, he initiated and passed the Nigerian Data Protection Regulation, which protects the privacy rights of every individual.