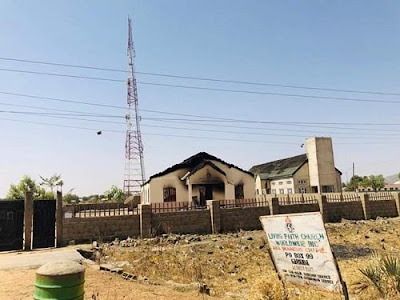 The 23 Armoured Brigade of the Nigerian Army has confirmed that one soldier died while another was wounded as troops of 232 Battalion of the brigade engaged Boko Haram insurgents who attacked Garkida on Friday.

The revelation was contained in a press statement released from the brigade on Sunday morning, as well as pictures of the destruction in Garkida following the Friday evening attack.

In its statement, however, the 23 Armoured Brigade which has its headquarters in Yola, indicated that the destruction would have been more extensive but for the intervention of its troops who interrupted the insurgents, killed some of them, but lost a soldier in the process.


In the statement signed by Major Haruna Mohammed Sani, Assistant Director of Army Public Relations, the 23 Armoured Brigade said, “Gallant troops of 232 Battalion of 23 Armoured Brigade under Operation LAFIYA DOLE deployed in Garkida, Gombi LGA of Adamawa State, had thwarted a planned criminal attack on the peaceful town on 21 February 2020 by some criminal Boko Haram Terrorists.

“The terrorists besieged the town in about seven gun trucks and a number of motorcycles, setting some buildings ablaze and causing unrest within the community.

“Instinctively, the gallant troops mobilized and intercepted the criminals’ advance and engaged the marauding criminals unleashing high volume of fire, leading to the elimination of several of the criminals while others withdrew in disarray, many of them with gunshot wounds as evident in the trails of blood along their withdrawal route.

“Regrettably, one gallant soldier paid the supreme price while another soldier was wounded in action. The wounded in action soldier has since been evacuated to a military medical facility and is positively responding to treatment.”

The statement added that the Commander of the 23 Armoured Brigade, Brigadier General Sani Gambo Mohammed, who visited the troops in Garkida on Saturday, congratulated the troops for their fighting spirit but warned them to be vigilant as the criminal elements might plan a reprisal attack due to the casualties they suffered.

Revelations since Saturday have however indicated that while the Boko Haram invasion lasted in Garkida, the insurgents succeeded in burning down two churches: an EYN Church branch and a branch of Living Faith.

They also burnt shops, hospitals and houses of two prominent residents, among others.

The state government is yet to make any statement regarding the attack on Garkida, but Governor Ahmadu Fintiri was said to be on his way to the town as this report was being concluded Sunday afternoon.

These days if you watch the global news as channels, the likelihood is very high that you would hear and see proffs that the Amazon

Kindly Share This Story: By Omeiza Ajayi ABUJA: The ruling All Progressives Congress APC has asked Nigerians not to be swayed by the fake lamentations of an