Serie A: Inter Milan game among three postponed over coronavirus in Italy 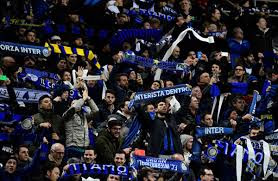 Title-chasing Inter Milan’s clash against Sampdoria on Sunday was one of three Serie A football matches postponed over coronavirus fears in northern Italy.

Atalanta against Sassuolo and Hellas Verona versus Cagliari in the top flight were also pushed back to avoid the spread of the virus with 79 confirmed cases in an outbreak that has claimed two lives in Italy.

Prime Minister Giuseppe Conte announced late on Saturday evening that all sporting events in two northern regions would be suspended on Sunday.

“Minister of Sport Vincenzo Spadafora intends to suspend all sporting events planned for Sunday in the Veneto and Lombardy regions,” said Conte.


“I am sorry for fans of football and other sports who were planning to go to the matches scheduled tomorrow but citizens need to be responsible.”

“The Club can confirm that Inter vs. Sampdoria, which was due to take place at 20:45 CET on Sunday 23 February, has been postponed to a later date,” Inter tweeted.

Third-placed Inter, who lie six points behind Serie A champions Juventus, have a home Europa League match scheduled for Thursday.

Saturday saw more than 40 amateur and youth matches in the regions called off because of virus fears.

The Serie B game between Ascoli and Cremonese was also postponed.

Police in Mutare early this morning confiscated more than a tonne of vegetables that were meant to supply hundreds of vendors at Sakubva vegetable market,