The feeling of fatherhood is just too emotional and Antonio Rüdiger is the new popular figure to have a share of the exciting status after the Chelsea star announced the arrival of a new baby boy.

The 26-year-old could not curtail his excitement as he took to the micro-blogging platform Twitter to announce the arrival of the new bundle of joy added this family.

In a post shared on his verified Twitter handle @ToniRuediger, the German described the new feeling as incredible' and revealed the name of the newborn as Djamal Sahr Rüdiger.

The post has since generated over sixty thousand engagement, with fans across football fraternity rejoicing with the elated centre-back. 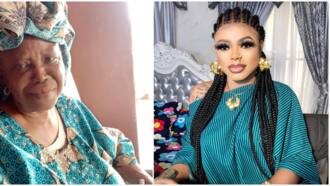 "That feeling of being a father for the first time is just incredible. Welcome to the world, Djamal Sahr Rüdiger," the 26-year-old German said.

Rudiger joined Premier League side, Chelsea, in 2017 and has moved on to register over 70 appearances for Blues, bagging over 8 goals.

The defender is one of the popular figures in Frank Lampard side since the former Chelsea star took over the helms of affairs from Italian manager Maurizio Sarri at Stamford Bridge.

The German was instrumental to Chelsea's strong display against Leicester City, a thrilling EPL encounter that ended in 2-2 stalemates.

Rudiger scored two goals in the second half to allow Chelsea to share the spoils with the Foxes at King Power Stadium.

Meanwhile, Legit.ng had reported that nine months after Liverpool's miraculous comeback against Barcelona in the Champions League, club's captain Jordan Henderson and teammate Mohamed Salah have welcomed new babies to their families. 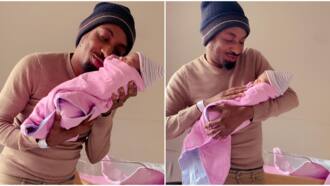 Last season, Liverpool were trailing 3-0 from their semi-final first leg against Barcelona but two goals each from Divock Origi and Georginio Wijnaldum sent the Reds to the Champions League final.

This follows reports that Jordan Henderson and wife Rebecca welcomed a bouncing baby boy, their third child after daughters, Elexa and Alba.