- In his last attempt, he wanted to achieve an altitude of 5,000 feet in his rocket and prove that the earth was flat

- About three seconds after launch, a parachute is deployed from the rocket's fuselage but no one was seen using it

Mad Mike Hughes, a scientist known for amateur crewed rocketry, has died while attempting to launch his homemade rocket in Barstow, California.

Mad Mike crashlanded his rocket on the afternoon of Saturday, February 22, few seconds after takeoff in the presence of Science Channel production crew that was on-site documenting the launch. 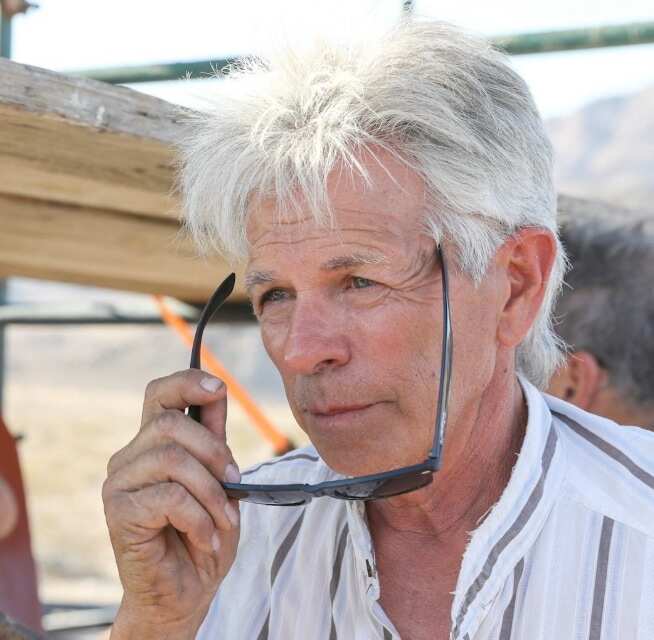 In a statement, Science Channel condoled with Mad Mike's family stating that it had always been his dream to execute the launch of his rocket.

Our thoughts and prayers go out to his family and friends during this difficult time. It was always his dream to do this launch and Science Channel was there to chronicle his journey," the statement read.

In a video shot from the site, the steam-powered rocket is seen dislodging from a truck that was anchoring it leaving behind a cloud of dust.

After about three seconds, a parachute is deployed from the rocket's fuselage but no one is seen using it.

The rocket then continued to accelerate and gained altitude to about 10 seconds before it started to descend.

It takes about another 12 seconds before the rocket hits the ground in the hilly dusty field off highway 247.

According to a report filed by CNN, Mad Mike wanted to use the launch as one of his experiments to prove that the earth was not spherical but flat. The steam powered rocket is seen dislodging from a truck that was anchoring it leaving behind a cloud of dust. Photo: Justin Chapman.
Source: UGC

The event was to be captured as broadcasted in a series by Science Channel known as Homemade Astronauts.

The self-taught rocket scientist had hyped his Saturday launch on social media and he was aiming to strike a 5,000 feet altitude.

Meanwhile, as Nigerian authorities continue to adopt science and technology in fighting insurgency, about 18 participants have graduated from a four weeks training organised by the Defence Space Administration (DSA) Abuja in conjunction with the African Regional Institute for Geospatial Information Science and Technology.

The participants who are military officers and civilians carefully selected by the DSA, embarked on the course which focused on image and terrain analysis as well as defence mapping.