The APC said the deputy governor and the PDP are already currently trying to replace the NYSC certificate Ewhrudjakpo used for his senatorial and governorship contests.

The party's deputy national publicity secretary, Mr Yekini Nabena, who made the allegation also stated that unknown to the Bayelsa deputy governor and the PDP, the APC have already obtained the certified true copies of the allegedly forged NYSC certificates. 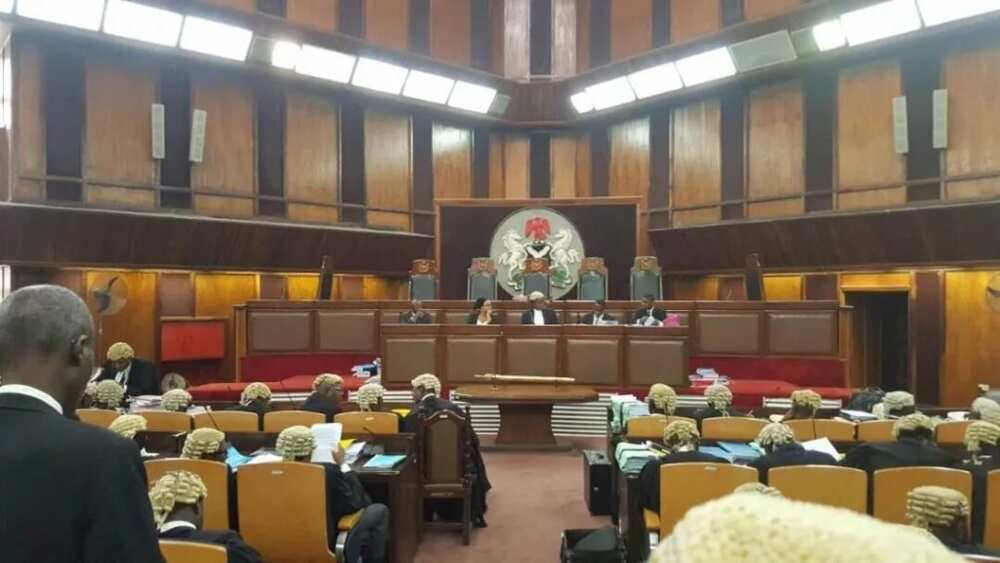 In a statement made available to newsmen in Abuja on Sunday, February 23, Nabena warned the leadership and all officials of INEC and NYSC not to allow themselves to be used or succumb to any form of pressure to swap the alleged forget certificates.

The statement also called on the INEC and NYSC officials not to succumb to any form of pressure from the PDP and its elements.

An Abuja Area Court had on Wednesday, February 19 ordered the Department of State Security (DSS) to investigate the NYSC certificate forgery allegation against Ewhrudjakpo.

Nabena said the APC national leadership would continue to pursue all legal avenues to contest the INEC decision to declare Douye Diri as the state governor “having failed to meet the mandatory constitutional requirement to become the governor.”

Meanwhile, the Supreme Court has scheduled hearing for Wednesday, February 26 in the application by the APC seeking among others, a review of its Thursday, February 13 judgment disqualifying the party’s candidate, David Lyon, in the last governorship election in Bayelsa state.

In the application filed on Thursday, February 20, by its team of lawyers led by Wole Olanipekun (SAN), the APC wants the Supreme Court to set aside some portions of its judgment.