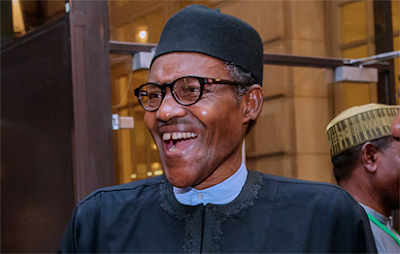 The President, Major General Muhammadu Buhari (retd.), said on Sunday night that his regime has weakened terrorist groups in the country, including the Boko Haram sect.

The retired major general said “Boko Haram is frustrated”, adding that the occasional attacks on civilians in the country by terrorists were propaganda to paint them as strong whereas they have been decimated by the military.

Buhari, who stated this in a statement by one of his media aides, Garba Shehu, condemned Boko Haram attack on Garkida, Adamawa State.

Buhari said, “These attacks on soft targets by terrorists are obvious signs of frustration because my administration has significantly weakened Boko Haram’s military capability to invade and hold Nigerian territory unchallenged.

“These occasional and episodic attacks on poor civilians by terrorists are mere propaganda efforts to portray them as strong in order to fool the public into believing that they haven’t been militarily weakened by our gallant troops.”

The President said in the coming weeks Nigerians would witness an aggressive campaign to rout Boko Haram once and for all.