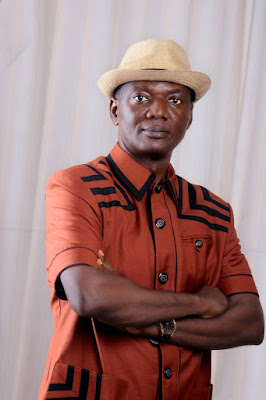 The Deputy Governor of Bayelsa State, Mr Lawrence Ewhrudjakpo, has denied presenting a forged certificate of exemption of the National Youth Service Corps to the Independent National Electoral Commission.

He had been accused of forging the certificate to aid his qualification as the then running mate of the Bayelsa State governorship candidate of the Peoples Democratic Party in the 2019 governorship election, Mr Douye Diri, who was recently declared the governor of Bayelsa State by the Supreme Court judgment.

He explained that the NYSC made a spelling error on his surname and spelt it as Ewhruojakpa, adding that he later wrote to the NYSC, notifying it of the error and asking it to correct the mistake as well as to reissue him a certification of exemption with his correct name. He said the NYSC later corrected it and reissued him with an exemption certificate bearing his correct name, Ewhrudjakpo.

He spoke through his counsel, Mr Clement Kekemeke, during a media briefing in Abuja on Sunday.

A chieftain of the All Progressives Congress, Mr Benjamin Youndiowei, had dragged the deputy governor, the PDP, and the INEC before a court, claiming that Ewhrudjakpo had issued a false/forged certificate to INEC to aid his qualification as Diri’s running mate.

But Kekemeke said, “The position of my client is that he never forged NYSC exemption certificate. The copy issued was issued by the issuing authorities in error and they have owned up to that by re-issuing a corrected certificate. Even before he ran for Senate in February 2019, he had earlier written to the NYSC seeking that correction. It had not been effected until he ran for the office of the Senate. He presented the erroneous copy. After the matter was struck out, being statute barred, he commenced the procedure by writing to the NYSC and they re-issued it, admitting the error, the IGP has investigated, written to the NYSC and they confirmed same and they have owned up that the error was that of the issuing authority and once the issuing authority owns up to the error, the certificate cannot be said to have been forged even errors are contained therein.

“My client submitted the erroneous certificate he presented to the INEC because as of that time, the procedure for re-issuance was still on and until the issuing authority did same, he could not have had another copy to present. So the question now is whether the copy he presented was forged? It is only forged when the presenter altered it but now the issuer said ‘the error is mine.”