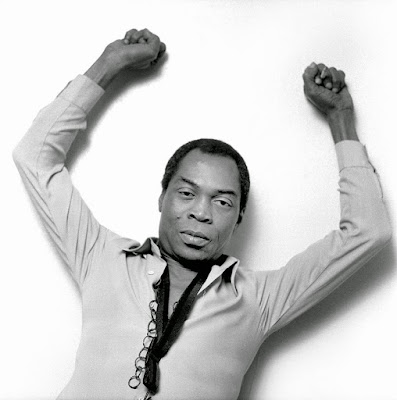 The singer made this statement in reaction  to a video where a woman claimed that her brothers spent six years in prison after a visit to the New Afrika Shrine.

Using phrases like “shrine gang” and “Marlian life” with reference to the club, the woman said the incident impoverished her family as they had to sell possessions to secure the duo’s bail.

“When we were growing up, there was a Fela. I had my own elder brothers that were shrine gangs. Two of them stayed in Kiri Kiri for six years. In that process, my father became very poor,” she said.


“My mother sold her clothes, everything she had. My father sold two cars to get these guys out of Kiri Kiri prison. Unfortunately, they’re twins.

“That’s what Marlian life does to you. They went to the club, Fela’s shrine. They went dancing, there was a fight. The police came and packed all of them.”

Reacting to her statement, Seun Kuti described her accounts as “full of lies,” saying he grew up at the club and has no record of being remanded in prison as the woman’s account suggested.

“See all these lies. Fela name don full everyone mouth. Now this one is talking about her brothers that went to shrine and police locked them for six years for fighting. Does it make sense?” he asked.

“I grew up in the shrine, where is my Kiri Kiri record. Let me advise parents, it’s your duty to raise your kids and this woman is just as dangerous to their psyche as the Marlian syndrome you’re afraid of!