- Kazeem was killed on Saturday, February 22, in Sagamu

Following the controversy that trailed the death of a footballer in Sagamu in Ogun state, Tiamiyu Kazeem, the inspector-general of police, Mohammed Adamu, has ordered the deputy inspector general of police in charge of the Force Criminal Investigations Department (FCID), DIG Anthony Ogbizi, to, with immediate effect, take over investigations into the circumstances surrounding the his death

Legit.ng reports that Kazeem was killed on February 22.

In a statement issued on Monday, February 24, the Force public relations officer, Frank Mba, a deputy commissioner of police, said that the IGP gave the order while reviewing daily reports of major crime incidents across the country. He said while commiserating with the family and friends of the deceased, the IGP called for calm and assures that justice would be done in the matter, reiterating that any person found culpable will be brought to book. 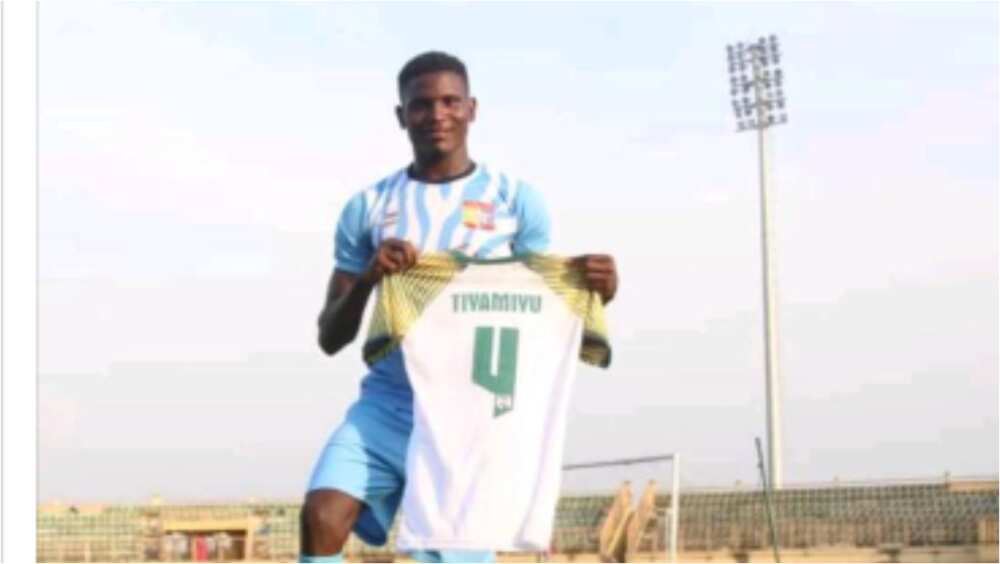 Meanwhile, Legit.ng had previously reported that Ogun state Governor Dapo Abiodun made it clear that the culprits behind the shocking and untimely death of former Remo Stars footballer Tiamiyu Kazeem would be brought to book.

It was reported that the number one citizen in Ogun state also confirmed on his official social media account that the perpetrator behind the death of the footballer has been arrested in which justice must be done.

On Saturday, February 22, the entire football fraternities in Nigeria were thrown into mourning when the shocking death of Tiamiyu Kazeem was announced. He had an encounter with some of the anti-robbery squad (SARS) who are responsible for his untimely death.

In another report, it was learned that the protest by youths of Sagamu in Ogun state over the killing of a footballer, Tiamiyu Kazeem, by an officer of the SARS on Saturday, February 22, turned awry and rather violent.