- Identified as Obong-anwan Phoenix, she posted screenshots of their chats and photos of the man

Currently trending on social media is the story of how a married Nigerian man identified as Samuel Usoro, got exposed by a widow for being verbally abusive in her DM.

Identified as Obong-anwan Phoenix, she took to the Facebook platform to recount how Usoro had been sending her messages since 2014, expressing interest in her. Despite ignoring him, he never stopped.

However, things got pretty heated after he attempted to video-call her. She got annoyed and called him out on it. Usoro, in turn, took to calling her all sorts of names, advising her to get married as she is getting old. 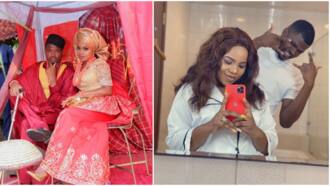 Nigerian man marries lady he once trolled on social media, shares photo of their traditional wedding 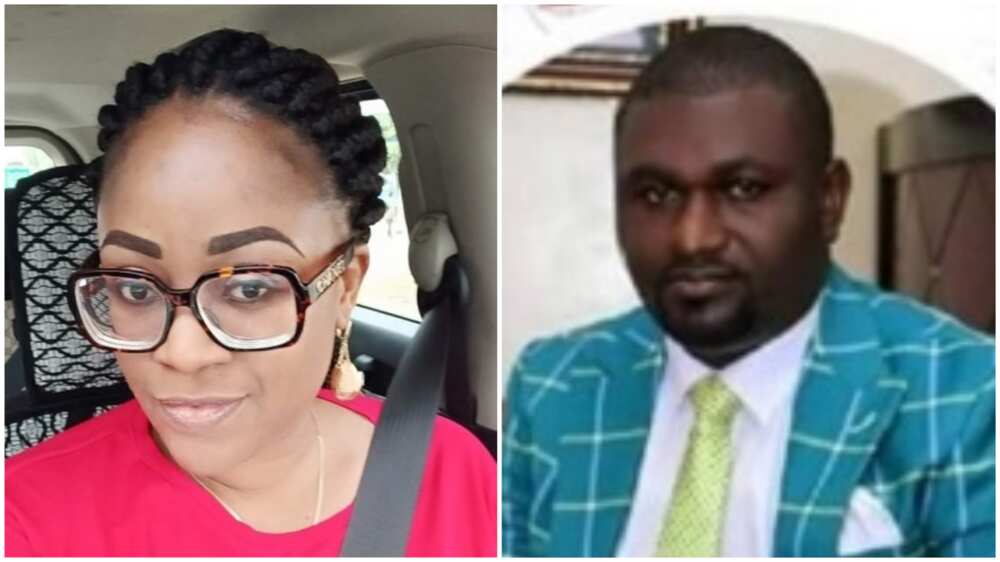 An angered Phoenix then took to the Facebook platform to call him out, sharing screenshots of their conversation and his Facebook profile.

Part of her post reads: "What did I do wrong? Say I no answer am? So you don't get attention from a woman and she is a Wh0re, she gives you the attention and still sleeps with you and she's still a wh0re. I have never done this kind of expose but I am pissed. I am heartbroken at the same time.

This man does not even know anything about me. He does not know I was married with children, he does not know I am a widow. All he sees is a single woman who is desperate and old enough to be married. Well, I will hate myself later for doing this. I am not shaming him for trying to be fresh with me, I am shaming him for the insults he gave me. Cos I haven't been myself since then and this is my way of getting back at him.I don't care what comes out of this, but for the meantime, let me give myself the justice. 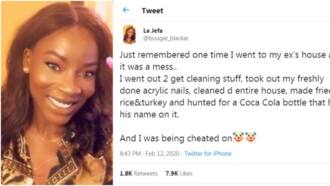 Lady discovers boyfriend has been cheating after performing wife duties, trying to be the perfect girlfriend for him

See screenshots of some parts of their chat below: 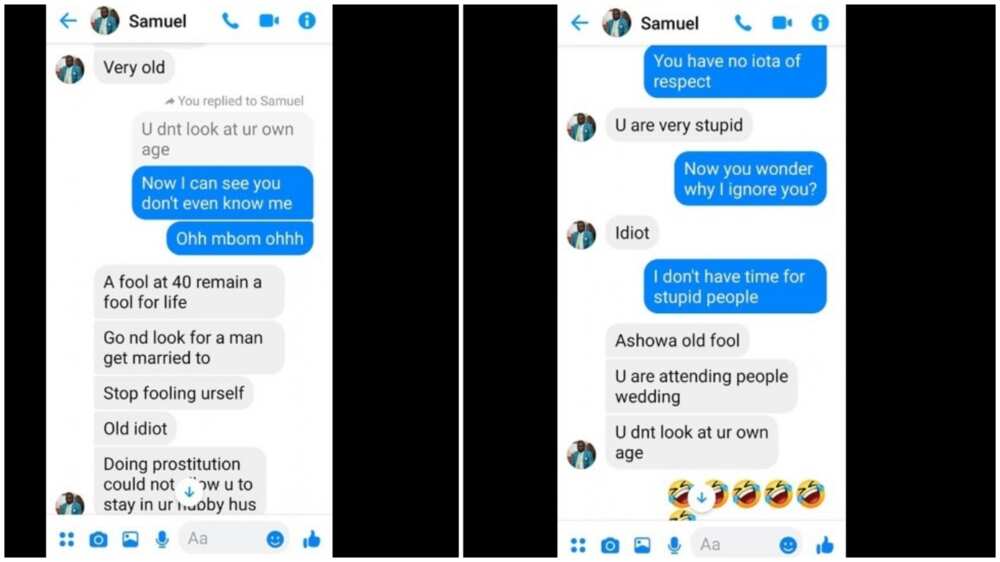 Usoro got verbally abusive after she turned him down
Source: Facebook

Meanwhile, many people believe karma is real and more often than not, people get what they deserve, others, however, believe karma is nothing but an illusion designed by the wronged to console themselves.

Well, Twitter user @Zuchradio seems to believe so too, following his recent post about relationships and cheating in marriages.

Can a (poor) man remain faithful to his wife after making money? | Legit TV