Michael Jordan cries on the stage, makes tough statement on the death of Kobe Bryant (video)

American basketball legend Michael Jordan was unable to control his emotions thereby breaking down in tears while paying an emotional tribute to late Kobe Bryant.

Sports fans all over the world are still in deep shock over the tragic demise of Kobe Bryant and his lovely daughter Gianna who died in an helicopter crash.

On Monday, February 24, there was a memorial service for late Kobe Bryant and daughter which was attended by many big sports personalities in the world.

Michael Jordan who is regarded as the greatest basketball player in history was also in attendance where he explained the relationship between him and late Kobe Bryant. 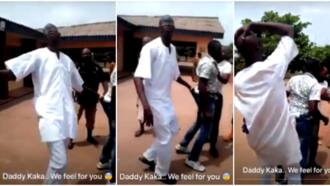 While speaking at the memorial service, Michael Jordan revealed that Kobe Bryant was his dear friend whom he treated like a little brother before his untimely death.

He added that although Kobe Bryant was a big competitor to him during their active basketball days considering his rapid rise in the game.

Jordan stated clearly that himself and Kobe Bryant later became closed pals in which they always speak on phone everyday.

The 57-year-old Michael Jordan who played 15 seasons in the NBA before he retired also talked about the zeal Kobe Bryant had for the game and his desire to be the best.

He claimed that Kobe Bryant would always talk to him on how to be the greatest and best basketball player ever and Jordan stressed that he was also a good brother to him.

''When Kobe Bryant died, a piece of me died,''. Michael Jordan explained according to the report on Uproxx. 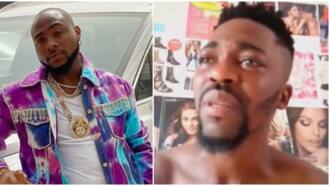 Gianna who died with her father in the helicopter crash dreamed of becoming a top star like her dad, but she never knew that her dream will never come true.

Earlier, Legit.ng had reported how late Kobe Bryant's widow Vanessa Bryant moved to court to sue the company that owned the helicopter that crashed, killing her hubby, daughter Gigi.

According to court papers, the widow stated the company caused the deaths of the aforementioned by ferrying them in a chopper that was not certified to fly in bad weather conditions.

TMZ reported on Monday, February 24, that Vanessa's lawsuit asserted the ill-fated chopper that crashed on January 26, should only be allowed to fly under visual flight rules, but the conditions on the day of the incident were not conducive for such flying. 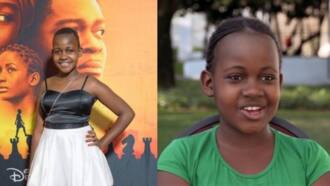