Disarray in insurgents camp as ISWAP kill own leaders 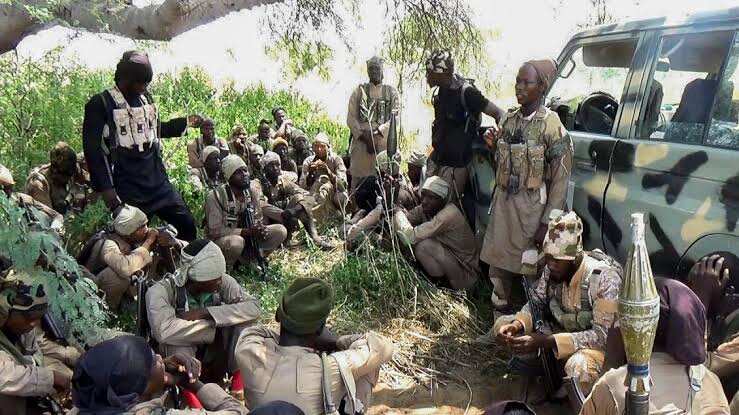 - ISWAP has executed three of its top leaders in its camp

- Ba’a Idirisa, son of late Muhammed Yusuf, founder of the sect, was one of those killed

A report by The Cable indicates that there is currently crisis in the camp of the Islamic State of West Africa Province (ISWAP), a faction of the Boko Haram sect.

Ba’a Idirisa, son of late Muhammed Yusuf, founder of the sect, who is the leader of the group in Nigeria, has been killed, according to sources quoted in the report.

Idirisa was reportedly killed alongside three other commanders in the terrorists' conclave on Sunday, February 9 for suggesting an idea was considered too soft for the insurgents.

A source said: “Idirisa had told his fighters to stop killing captured soldiers and should be kind to villagers. But elements within the ISWAP leadership were not happy about this. They accused Idirisa and two others of being too soft and that they had been compromised. They were eventually killed.”

Another source said communication between Idirisa and a humanitarian organisation was intercepted as he was overheard suing for peace.

His death is said to have deepened the crisis in the Boko Haram camp as his loyalists have vowed to rebel.

Boko Haram has lost about 25 of its commanders in recent times as the Nigerian military continues its sustained attacks on the terrorists' camps in recent weeks.

One Abba Gana has now been named as the new leader of ISWAP in Nigeria since the death of Idrisa.

Meanwhile, about 18 participants have graduated from a four weeks training organised by the Defence Space Administration (DSA) Abuja which focused on image and terrain analysis as well as defence mapping.

His words: “The DSA is established to support them with geospatial intelligence for them to know how the enemies manoeuvre through satellite imagery and so on and so forth.

“This course is meant to build the capacity of our boys in doing that. We have facilities. With this training, they will be able to produce the imagery and all the geospatial intelligence required for those at the war front to prosecute the insurgency.”