- Wednesday, February 26, was indeed a day of joy and celebration for the PDP in Bayelsa state

- The incumbent governor, Douye Diri and his predecessor, Seriake Dickson, were thrown into dancing and praises to God for victory at last

The dismissal of the application of David Lyon and the All Progressives Congress (APC) in Bayelsa by the Supreme Court in Abuja has inspired joy and deep satisfaction in the Peoples Democratic Party (PDP)'s camp in the state.

According to The Nation, the decision of the Supreme Court on Wednesday, February 26, brought about moments of joy and gratitude to God for the final victory for Governor Douye Diri, Seriake Dickson and the PDP chairman in Bayelsa, Cleopas Moses.

The trio alongside other PDP supporters was said to be seen on their knees for about 20 minutes thanking God in worship songs led by Dickson at his residence in Abuja. 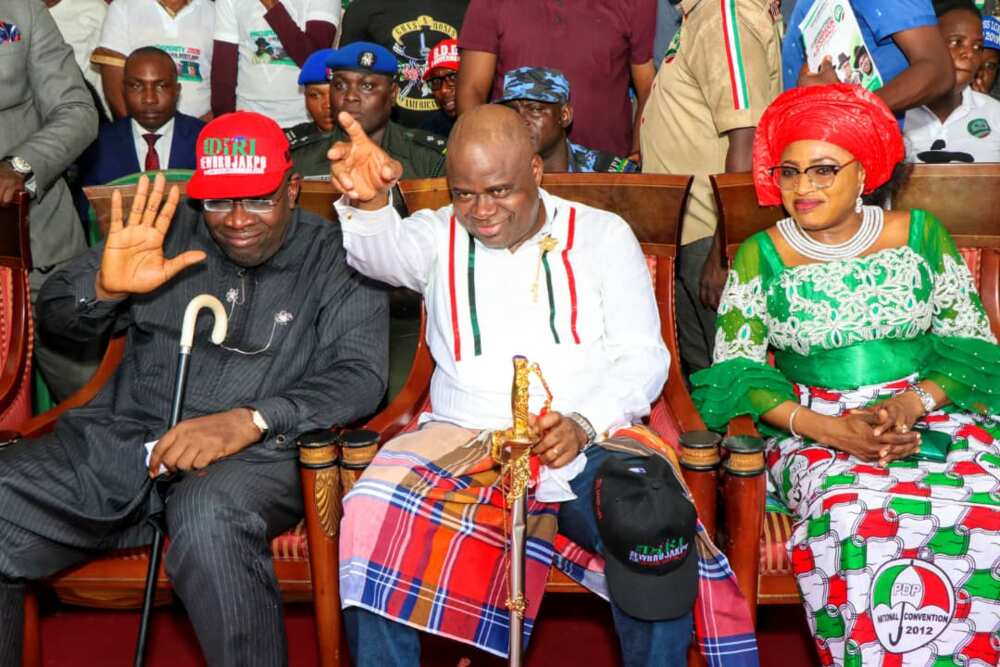 The ruling of the court meant the end of the legal battle between Lyon and Diri for the mantle of leadership in Bayelsa in favour of the latter.

Earlier, Legit.ng reported that the court dismissed the APC's application for the review of its judgment that sacked Lyon, and deputy, Senator Biobarakuma Degi-Eremienyo.

In the ruling read by Justice Amina Augie on Wednesday, February 26, the judge noted that the application lacked merit and added that the ruling of the apex court is final for all ages.

She also described the applications as frivolous and vexatious. Justice Augie went on to state that the applicants failed to point out errors and ordered that the counsels of the APC and Lyon personally pay Diri, his deputy Lawrence Ewhrudjakpo, and the PDP the sum of N10 million each.

The judge said: “There must be an end to litigation even if we review this judgment, every disaffected litigant will bring similar applications and the finality of Supreme Court judgments will be lost.”