Governors elected on the platform of the Peoples Democratic Party (PDP) are in a crucial meeting in Abuja, Nigerian Tribune has reported.

The newspaper reports that the venue of the meeting is the Sokoto State Governor' s lodge which is located at Asokoro District.

The meeting was being presided over by Governor Waziri Aminu Tambwal who is the chairman of the PDP Governors' Forum.

An aide to one of the governors who was not named said the meeting was summoned to take a common front ahead of the meeting of the Nigerian Governors Forum which will also hold in the evening of Wednesday, February 26. 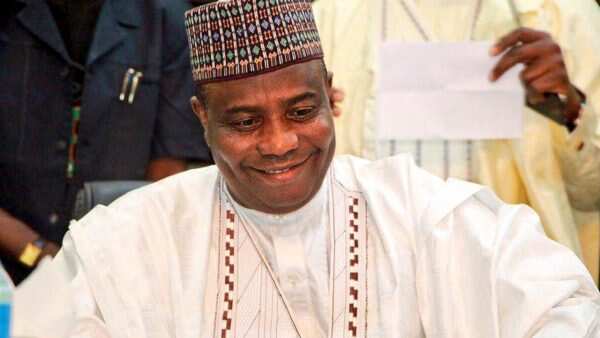 Meanwhile, the PDP has demanded a review of the Supreme Court judgment which affirmed the election of President Muhammadu Buhari in the 2019 presidential election.

Legit.ng reports that the party in a thread of tweets on its Twitter page on Monday, February 24, said it was making the demand following the application of the All Progressive Congress (APC) for the review of its judgments on Zamfara and Bayelsa states.

The party also alleged the ruling APC of destabilising and destroying the nation's hard-earned democracy, adding that the time has come for all Nigerians to stand in unity to defend the country and salvage it from political marauders and oppressive elements.

However, the minister of state for labour and employment, Festus Keyamo, criticised the call by the PDP seeking Supreme Court to review its rulings on the presidential election and governorship elections in some states.

The minister said that some unscrupulous lawyers engaged in the mockery of the judicial system for professional discipline should be sanctioned.

He said except that Supreme Court sanctions the lawyers to avoid destroying inviolable sanctity of that court and ultimately destroy Nigeria's democracy.

"Until the S/Court bares its judicial fangs and recommends some unscrupulous lawyers engaged in this kind of mockery of the judicial system for professional discipline, we are going to destroy the otherwise inviolable sanctity of that Court and ultimately destroy our democracy," he said.

In another news, the PDP has called on the National Assembly to save the nation by immediately undertaking a forensic probe of the Buhari presidency, following an alleged report that the federal government is planning to pillage the looted funds repatriated by the United State.

Legit.ng reports that the party's national publicity secretary, Kola Ologbondiyan, in a statement issued on Saturday, February 22, said that the recent revelation of huge corruption in Nigeria has further exposed the fact that the APC-led government is swimming in a huge ocean of corruption and massive treasury looting.