Deji Onadeko, a Nigerian media personality, has taken to social media to narrate what he has gone through with thieves in four months. The media personality shared his story on his Instagram page.

In his post, he revealed that thieves broke into his car for the second time in four months. He also shared photos of the car in the recent state the thieves left it.

The photos showed that the vehicle was destroyed in different places, the windows were broken, and wires were removed from some parts. 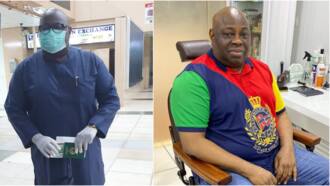 According to him, this second incident has taken its toll on him. He lamented about starting all over again like he did the last time thieves broke into the car.

Onadeko noted that he would have to do a police report, get a mechanic that would repair the car and raising the money to do all that is going to be hard for him.

The media personality revealed that he is weak and sad about everything he has to do to get the car back to a good state.

Meanwhile, Legit.ng had earlier reported that Nollywood actress, Gift Mbanaso, who clocked a year older on February 24, gave herself an expensive gift. On the special day, the film star took to her social media page to share a cute photo of herself as congratulatory messages started to pour in. 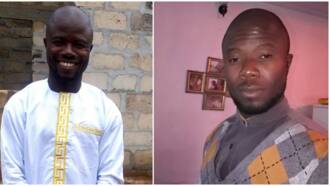 Coronavirus: Man alleges he is the cab driver who picked infected Italian from the airport, cries out

But that was apparently just the tip of the iceberg as the film star recently took to social media to reveal the birthday present she got for herself. Mbanaso shared photos of a Lexus SUV as she said that it is her belated birthday gift to herself.

The actress shared photos of the white-coloured new ride to the joy of fans. She also accompanied the post with a caption that celebrated her hard work.