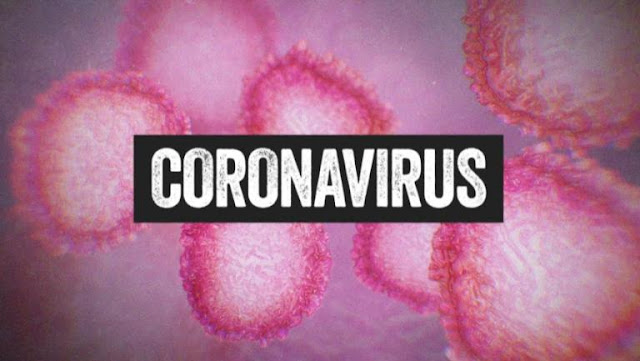 Sequel to the detection of the disease in Nigeria on Thursday, the governments of Lagos and Ogun states have begun the search for those persons who may have had contact with the patient.

It was also learnt that they might also be placed under surveillance for two weeks once identified by the government.

Lagos State Commissioner for Health, Prof Akin Abayomi, said during a press conference on Friday that the Italian, whose identity has yet to be revealed, tested positive for the virus in Lagos after he travelled to Ewekoro, Ogun State, for a business appointment at Lafarge Africa Plc.

Abayomi stated that the Italian flew a Turkish Airlines flight into the Murtala Muhammad International Airport, Lagos, from Milan, Italy, having transited through Istanbul, Turkey.

There were 121 passengers on the Turkish Airline flight.

The commissioner, however, noted that the patient did not exhibit any symptom as of the time he arrived in the country.

He explained that the patient spent the night in a hotel around the airport area in Lagos before he left for a consultancy appointment in Ogun State, where he was also lodged in an accommodation provided by Lafarge.

The commissioner revealed that the patient fell ill on Wednesday while still in Ogun State and that he was transferred to Lagos on Thursday where he was diagnosed with the virus, after which he was quarantined.

Also speaking during a press briefing in Abeokuta on Friday, Ogun State Commissioner for Health, Dr Tomi Coker, noted that before arriving in Ogun State on Tuesday morning, the patient had made contact with three people in Lagos State in the night.

She added, “He stayed at a guest house and at about 4pm on Wednesday February 26, he developed fever. The hospital of Lafarge was very sensitive to the case, they responded immediately and contacted Lagos that they had a high suspicion.”

Lagos State Deputy Governor, Dr Obafemi Hamzat, who was a guest on Television Continental on Friday, said, “This young man came in from Milan. He came in on the 26th. He has a consultancy job with a company in Ogun state.

“He went to Ewekoro and then he fell ill and the doctors were smart enough to say this is somebody that is coming from Italy that has just suddenly fell ill. So they took him in. So we sent an ambulance there with a pep jacket. So they brought him in and then he was diagnosed.

“Within four hours, he was diagnosed. Our diagnostic tool seemed to work better than we expected. Normally it takes about eight hours but within four hours, we were able to determine it. So he is in our bio-security lab in Yaba.”

Nigeria is the first country in Sub-Saharan Africa and the third country to record the Coronavirus after Egypt and Algeria since its outbreak in Wuhan, China in December 2019.

As of Friday, 83,000 cases have been confirmed, out of which 8,000 were classified as serious. At least 2,800 deaths have been recorded while more than 36,000 people have since recovered.

Apart from China which has the highest number of cases, the Coronavirus has spread to over 20 countries of the world, including the United States, Japan, Italy, South Korea, Iran, Hong Kong, Australia and Taiwan.

The World Health Organisation has since declared the disease outbreak as a global health emergency while scientists and pharmaceutical companies across the world are battling to find a vaccine for the disease.

Lagos tracks 120 other passengers on Turkish Airlines with Italian

Following the detection, the two state governments are making efforts to monitor all those who had come in contact with the patient.

Hamzat said the government was trying to track everyone on the flight and everyone he had made contact with.

He said, “What we are doing now is that he came in through one airline, so we are trying to track everybody on that flight. He went from Lagos to Ewekoro. Who has he met? What has happened? Those are the people that we are tracking, isolate them and then check.”

In Ogun State, the governor, Mr Dapo Abiodun, while addressing journalists on the update on the disease detected in the state, said 28 persons who had contact with the patient had been identified and quarantined.

The governor added that the firm where the victim was discovered in Ewekoro had been shut down, adding that efforts were on to identify more contacts, if any, to avoid the spread of the disease.

Abiodun said, “The information we have is that the particular company in question has been practically shut down and they have set up two isolation centres within the premises. They have identified all those that have been in contact with this index, totaling about 28. All those 28 persons have been quarantined.

“They are looking for and interviewing those contacts to find out who they might also have been in contact with so that they can ensure these set of people are also quarantined.”

He, however, noted that government had stepped up advocacy and distributed protective equipment, adding that an app was being shared to the primary health workers to enable them to identify likely suspects.

“However, we are quite worried that even when the sample is send to the lab, it will take up to six hours,” he added.

Also, Lafarge in a statement by its Director, Communications, Public Affairs and Sustainable Development, Folashade Ambrose-Medebem, said it had initiated medical protocol at its Ewekoro plant and that it had quarantined those who had contact with the patient.

The statement partly reads, “The individual concerned works for a vendor that provides services to Lafarge Africa Plc in Ogun State. As a business, we have immediately identified the persons who had direct contact with the concerned individual. We have equally initiated isolation, quarantine and disinfection protocol.

“Lafarge Africa is also working in close partnership with International SOS and our medical service provider, a leading global health company. Health and Safety remains a core value at Lafarge Africa and we intend to leverage this strength at this critical time.

But, speaking on Arise TV on Friday as a guest on a programme, which was monitored by NigerianEye, the Director-General, Nigeria Centre for Disease Control, Dr Chikwe Ihekweazu, pointed out that the people mostly at risk were those who were in close in close proximity to the patient.

He said, “You know this is a virus that spreads by droplets; you have to be within one metre to two metres of the individual to really be at risk of being infected. So we’re not focusing completely at the same level of intensity at the entire plane; we are looking at people two rows behind, two rows in front and two seats on his right and left. That is the general protocol for this type of thing.

“That’s the starting point; those are the people mostly at risk so we will identify them. You know this is a work we do fairly often, it’s just that there’s a lot of anxiety around this particular virus.”

He promised that government would do its best to identify everyone involved and keep Nigerians informed. “We’ve been very proactive enabling Nigerians access to the information that they need to protect themselves,” he added.

Authorities to extend surveillance to hotel, airport workers, others

Investigations revealed that those who may have had contact with the patient include the passengers in the airplane, the cabin crew members who would have attended to him or come close to him, port health officials who administered the Passenger Self-Reporting Form, airport officials, like the Immigration official whom he returned his form to, Custom officials who could have checked his luggage at the arrival point.

Others include the driver who conveyed him from the airport to the unnamed hotel he used in Lagos, the hotel staff members who attended to him, those who came in contact with him at the restaurant he must have used, the driver who drove him from Lagos to Ogun State, the staff members who came in contact with him at Lafarge and the workers at the hotel where he was lodged in Ogun State.

Meanwhile, Ogun State Health Commissioner, Dr Tomi Coker, said the state, with the support of the Federal Government, was trying to get everyone the patient had contact with.

He said, “The epidemiologists in the state being supported by Federal Government and Lagos State are trying to get every contact the patient had. It means we are going to phone them, get them, get in touch with them and monitor their temperature for two weeks.”

While allaying the fears of the people of the state, she said every necessary step that needed to be taken had been taken to avert spread of the disease.