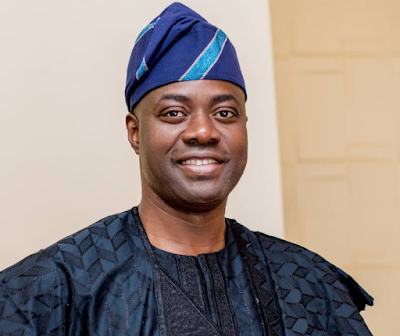 Gov. Seyi Makinde of Oyo State says he is on self-isolation based on the advice by National Centre for Disease Control (NCDC) to governors who attended the last National Executive Council (NEC) meeting.

In a live tweet chat monitored in Ibadan on Saturday,  Makinde said that governors who attended the NEC meeting came in contact with a confirmed COVID-19 case.

“We were all advised to self-isolate and go for test. I have been in self-isolation since then.” he tweeted.

On compliance with all directives aimed at  curbing the spread of the disease in the state; the governor said:  “We have an enforcement team which will ensure compliance.


“If there is a gathering of more than 10 people, for instance, they will be dispersed. If it is a nightclub, we seal it, until the ban is lifted.”

The governor said  that the state’s  testing capacity was limited, but it improved by setting up  two diagnostic centres in collaboration with the College of Medicine, University of Ibadan.

According go him, more people can be  be tested once NCDC certifies the facilities.

“Setting up testing centres will enable us to test more people which means that those showing symptoms can get tested regardless of their travel history,” he said.

On efforts toward public sensitisation; Makinde tweeted, “We are stepping up both enlightenment campaigns and enforcement measures.

“We have disease durveillance and notification ifficers in all the 33 LGAs and 35 LCDAs.

“Of course, if we have sustained community transmission, we will have to implement cluster lockdowns which are more effective than general lockdowns.”

He said that the order placed against social and religious gatherings was not targeted  at any religion or social group.

On the number of isolation centres in the state, the governor tweeted that the state  had a four-bed isolation unit in Ogbomoso, 10 at Jericho, four in the University of Ibadan and 100  at Olodo to be ready soon.

Makinde added that additional four had been ordered for.

“The ICU beds in the state currently have ventilators. We are also collaborating with private hospitals.

“As I stated earlier, Tristate Hospital has offered its facilities which include ventilators.