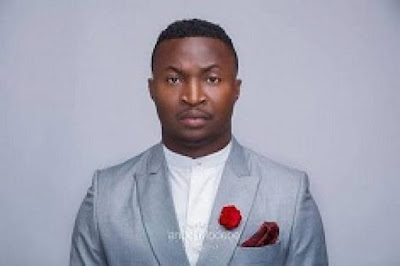 Actor and comedian, Stanley Chibunna popularly known as Funnybone has threatened to  sue the attendee who arrived from London sick and still decided to show up for Africa Magic Viewer’s Choice Awards.

The Nigeria Center for Disease Control had urged everyone who attended the AMVCA to isolate themselves because of an attendee who was exposed to the guests at the event.

The comedian made this known via his Instagram page on Sunday, March 29, 2020.

According to him, family and friends have continued to call him to find out about the state of his health. He went on to say that he was going to sue the attendee after his treatment.


“14days after Amvca and I kept getting calls from family and friends asking me the same question, Stanley hope you are good? Are you coughing? Well, I am not showing any symptoms yet and I won’t by his grace. I did the test finally and it came out NEGATIVE. So fam I am well, alive and safe. Stay safe and be safe,” he wrote.

“Meanwhile before I forget oga SEUN who arrived from London sick and yet decided to turn up for Amvca. Pls get well soon o and recover fast if nobody will. I will personally sue you to court. But first get will soon you hear”, he added.

In a recent interview, Funnybone revealed why he cried after he was given his AMVCA award.

“I shed tears because of my mum, who I lost few months ago. She was my biggest fan and friend. If she were alive, I am sure that night would have been a big one for her too. Painfully, she is not here. However, I am sure that she is happy where she is that I won”, he said.