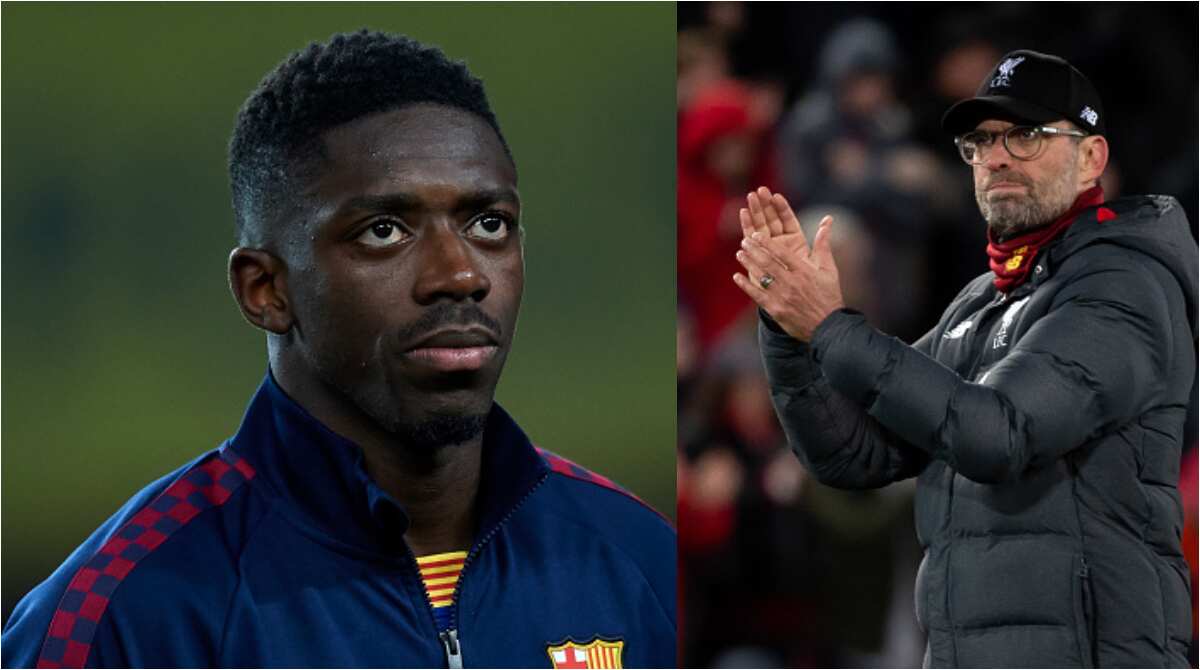 Jurgen Klopp is currently planning to make a £80m move for Barcelona winger Ousmane Dembele despite the Frenchman’s poor form at the Camp Nou, Mirror reports.

It was gathered that the Liverpool manager is looking to reunite with the player who he liked during their days at German club Borussia Dortmund.

Klopp is said to be keen on bringing Dembele to Anfield in a bid to help him re-ignite the sparkling form he had when he played in the Bundesliga.

Spanish outlet Sport reports that Barcelona are no longer patient with the 22-year-old who has failed to impress since his sensational £100million switch to the club from Dortmund in 2017.

Since his move, Dembele has continued to deal with recurring injuries and now the La Liga club are desperately looking for an exit for him.

It was gathered that the player lacks diet discipline and to make matters worse, he is always having a nagging thigh injury.

Barcelona have made Lautaro Martinez whose transfer fee could gulp more than £100million their major transfer target and they will be looking to dispose Dembele to get some cash.

Dembele has been out of action after pulling up with a thigh injury against his former club Dortmund in the Champions League last November.

He has managed to play just three games for the club this season despite him being the man expected to replace Neymar upfront.

The Catalans are looking for a long term replacement for their ageing forward Luis Suarez who clocked 33 earlier this year.

With Ousmane Dembele failing to justify his huge price tag at Camp Nou, Barca chiefs have now penned down the Argentine star as their next target.

The 22-year-old has been superb for his Serie A side so far this campaign - scoring 11 goals and six assists in 22 appearances.

His performances have also drawn the attention of Premier League clubs Manchester United and Chelsea to him.

Meanwhile, Daily Star reports that the forward has decided to give the La Liga side the greenlight to secure his services once this season is over.

Martinez joined Inter from Racing Club in 2018 in a deal in the range of €25 million but he has been able to eclipse his stats at the club in his debut season.