- But Sanusi Muazu Danmusa, the controller of the Kaduna command of the correctional centre said there was no suspected case of COVID-19 in the centre

There was pandemonium at the medium custodial centre in Kaduna state on Tuesday, March 31, when inmates demanded to be released over a rumoured case of COVID-19 in the centre.

The Nation reports that unconfirmed reports claimed that an awaiting trial inmate who contracted COVID-19 infected two other inmates, who were showing symptoms of the virus. 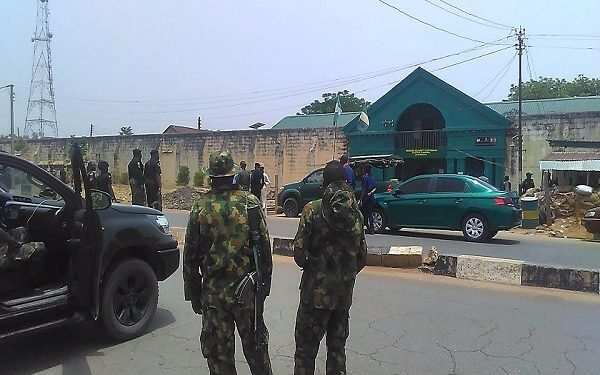 Unconfirmed reports claimed that an awaiting trial inmate who was infected contracted COVID-19 had infected two other inmates
Source: UGC

Based on the rumour chaos ensured at the correction centre when the inmates demanded to be released.

Legit.ng learnt that authorities at the prison had a tough time containing the disturbance, and even fired gunshots to scare off the agitated inmates. 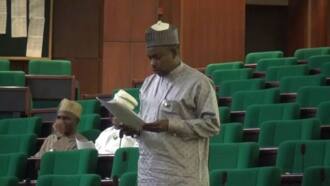 Speaking on the incident, Sanusi Muazu Danmusa, the controller of the Kaduna command of the correctional centre, said there was no suspected case of COVID-19 in the centre.

Meanwhile, the Lagos state commissioner for health, Akin Abayomi has said that the chief of staff to the president Abba Kyari is recuperating and seems well and happy.

The commissioner stated this on Tuesday, March 31 while fielding questions from journalists at a press briefing. Kyari, one of the most influential men in the presidency, last week tested positive for the coronavirus disease.

He had gone to Germany alongside the minister of power for a meeting with Siemens directors, where it is suspected he contracted the disease.

Interestingly, Abayomi he is unaware of Kyari’s current location but said he is in constant communication with the Borno-born government official.

In another report, a day after donating N1 billion for the fight against coronavirus in Nigeria, billionaire businesswoman Folorunsho Alakija has donated N25,000 to each of her foundation's registered widows and orphans in the six geopolitical zones in the country.

The money was donated to cushion the effect of the coronavirus pandemic on the beneficiaries.

Legit.ng gathers that the foundation, Rose of Sharon Foundation, made the disclosure on its official Twitter page on Tuesday, March 31.

The billionaire businesswoman also announced the donation on her official LinkedIn page.

He said what happened at the prison was a mere misunderstanding which is normal.

Coronavirus: The govt cannot force us to stay at home | Legit TV