- According to the retired Lagos Police commissioner, it is standard practice in security formations

A former commissioner of Police in Lagos state has condemned the outcry over the redeployment of Major General Olusegun Adeniyi from the theatre of operations in the northeast region of Nigeria.

Abubakar Tsav said the routine posting of officers of the Nigerian Army is a professional strategy aimed at reinvigorating military operation.

Tsav while speaking with journalists said as standard with most security formations, there are regular postings and reposting to ensure that, cases of familiarity and complicity are reduced to the barest minimum.

He said it is standard practice in security formations that officers should not stay at a particular command for too long to reduce incidences of complicity with criminal elements in such locations. Tsav said: "If you look at the operations of the Nigerian Police and other security agencies, you would realize that there are always postings and reposting as a way of reinvigorating operations for maximum efficiency."

The former Police commissioner said postings in the security sector are purely for professional purposes and not witch-hunting, as some would want to believe.

He urged the general public to understand the sensitivity of the operations of security operatives. It’s far different from conventional practice in the civil or public service.

"I tell you for free that those of us in the security sector understand the dynamics involved in warfare, we also follow security issues carefully, and I tell you that the redeployment of Major General Olusegun Adeniyi has nothing to do with the videos that went viral on the social media space," Tsav said.

He said the overarching objective remains for the best interest of the country and the officers and soldiers of the Nigerian Army.

Coronavirus: APC chieftain queries why some Nigerians are rejoicing over infection of leaders 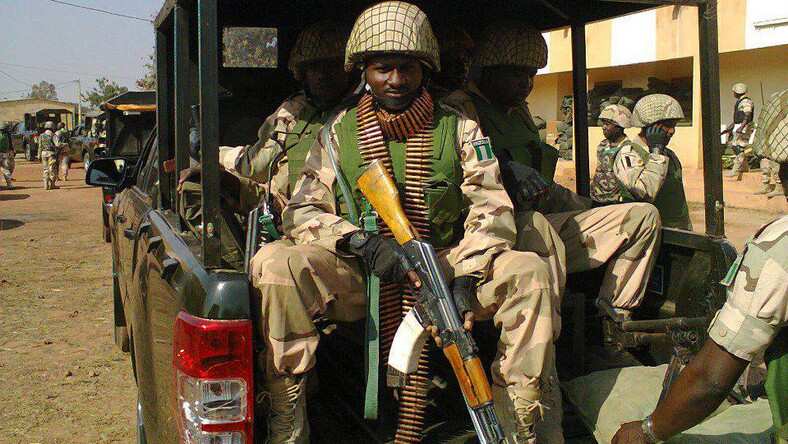 "Therefore I strongly believe that his posting has nothing to do with his recent actions but the overall well-being of the Nigerian Army and the interest of the state," the retired Police commissioner said.

Meanwhile, Legit.ng previously reported that the Nigerian Army carried out a major shake-up in various commands and units and theatres across the nation.

The Nigerian Army in the shake-up posted and appointed some senior officers within the institution.

The acting director public relations for the Nigerian Army, Sagir Musa, said the redeployment of the officers was done in the spirit of rekindled patriotism to "reinvigorate the system for greater professional effectiveness and efficiency."

He said the move is a routine and normal exercise approved by Chief of Army Staff (COAS) Lieutenant General Tukur Buratai. Also, the Army chief had ordered that the Nigerian military school, Zaria be closed down over the rampaging coronavirus.

Buratai also ordered the closure of all command primary and secondary schools nationwide.