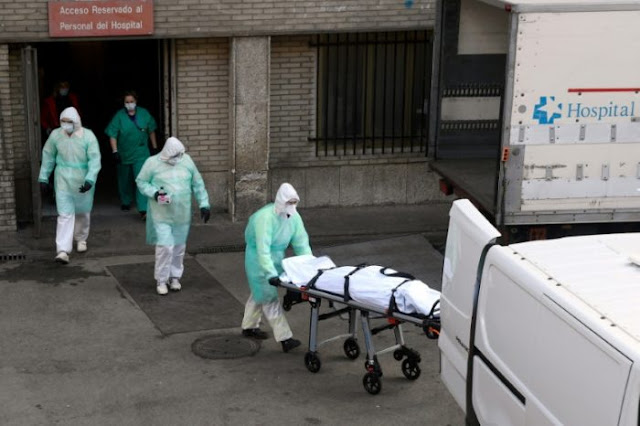 Spain said on Thursday, that it recorded 950 people dying in last 24 hours, the highest number of deaths of any country in one day.

This was before France released a death record of 1,355 that eclipsed it.

Italy’s deaths of 919 people on March 27, was formerly the highest in the world in a single day.

The number of confirmed Spanish cases rose from 102,136 on Wednesday to 110,238 – an 8% rise that is similar to the rate recorded in previous days, BBC reports.


Authorities believe the virus is now peaking and say they expect to see a drop in figures in the days ahead.

“We continue with an increase of around 8%. This points, as we have already seen, to a stabilisation in the data that we’re registering,” María José Sierra, from the Spanish health ministry’s emergency co-ordination unit, said at a news conference.

The US on Thursday said it saw a record 6.6 million new unemployment benefit claims.