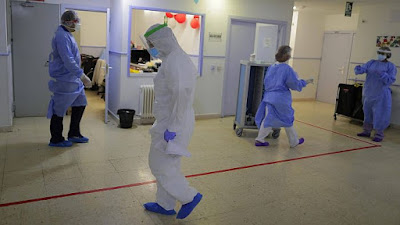 Scores of youths in Ilu Tuntun town in the Okitipupa Local Government Area of Ondo State on Thursday took to the streets to protest against the plan of the state government to site an isolation centre for coronavirus patients in the town.

It was gathered that the government planned to convert a mega primary school, built by the immediate past administration in the state, to an isolation centre.

The government was said to have taken the decision to convert the school in order to have an isolation centre close to the people of the Ondo South Senatorial District, should there be any case of the deadly disease in the area.

The protesting youths, however, said they would not allow the government to convert the mega school to an isolation centre.

The leader of the protesting youths, Akintade Omokunle, said here was no need of using the school in the town for such thing, considering the fact that the state had not recorded any case of the disease.


Omokunle said, “I and my executives have decided to go with the decision of the traditional council, led by the Kabiyesi and ably supported by the Ijama Council and the Ilutitun Development Union  not to allow the establishment of this structure, bearing the fact that no person has been tested positive for COVID-19 in the state. We reject this outright!”

Reacting, the state Commissioner for Health, Dr Wahab Adegbenro, said, “We planned to convert the mega school which has been under lock and key all these while, but since the people of the community say no to it, we have taken it away and we are now thinking of where to locate it.”