- Harrison was confirmed dead on Monday, March 30, after he was hospitalized for 10 days

According to a report on Yen.com.gh, Harrison was confirmed dead on Monday, March 30, after he was hospitalized for 10 days.

Harrison passed away at the Oglio Po Hospital in Vicomoscano, a town in the northern Italian region of Lombardia. 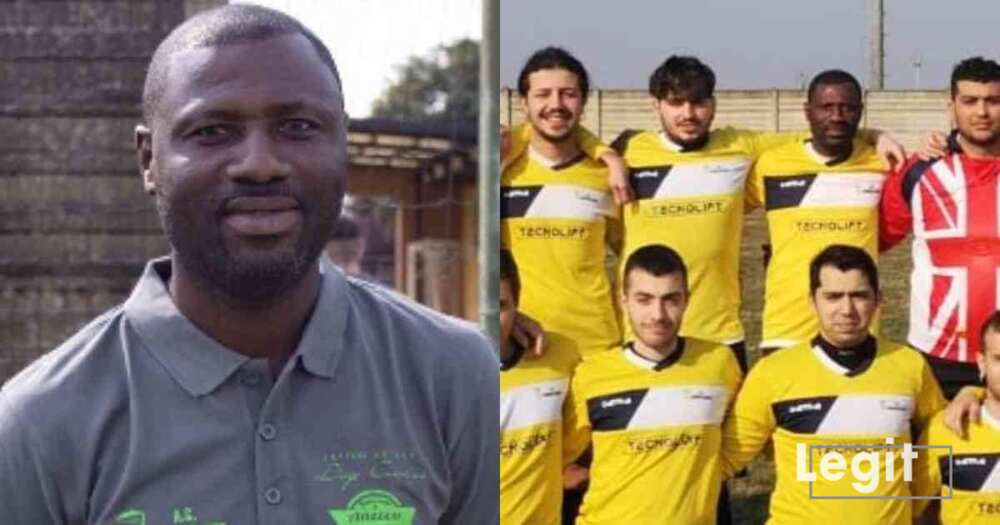 It was gathered that the Ghanaian played for some amateur teams, including Maffei, where he led the attack.

Aside from being a footballer, it was also reported that Harrison also operated a forklift at a local factory, EmiliaNa Parati.

“Emmanuel worked at the Emiliana Parati in Vicomoscano and had made himself well-liked by everyone, colleagues in the factory, and dressing room companions.”

“His physique, as well as his undoubted skills of a striker, helped him,” the report said.

Harrison had plans of moving to London where his wife and three children live but had been constrained by paperwork.

Meanwhile, Legit.ng earlier reported that Pape Diouf, former Marseille president has passed on due to complications from Coronavirus.

The 68-year-old has been under watch in his native home in Senegal after showing various symptoms of COVID-19.

He eventually died when his family were about to take him from Dakar to France for further treatment.

The 49-year-old is now a consultant at French sports TV channel Canal+ Afrique. Mboma said the sad news was sent to him by his mother.

Nigerian student dies of coronavirus in US, sister claims he was refused test

"Awful news! A call from my mother this morning to tell me that I just lost my uncle Achille Essome Moukouri at 5:00 am Thank you #Covid -19," he tweeted.

The African footballer of the year 2000 is currently trapped in France as the scourge continues to cripple all forms of activities across Europe.

He further wrote to his followers that coronavirus is real and everyone should take precaution.