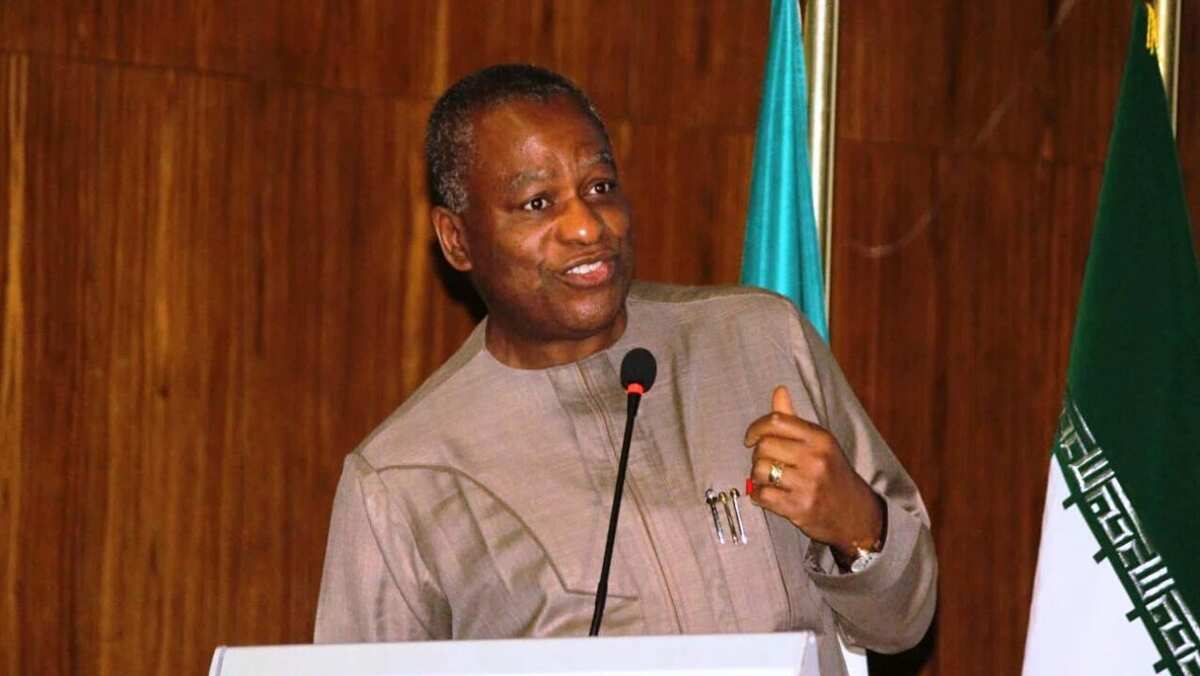 - Foreign affairs minister, Geoffrey Onyeama, said that the nationals of other nations are leaving the country because they are more familiar with their healthcare delivery

- Onyeama made this statement during a press briefing in Abuja on Friday, April 3

The minister of foreign affairs, Geoffrey Onyeama, has explained that the fact that foreigners are leaving Nigeria amid the spread of coronavirus is not an indictment on the country's health system.

Onyeama, in a press briefing in Abuja on Friday, April 3, said that nationals of other countries are leaving to their homelands because they are more familiar with healthcare operations in their places of origin, The Cable reports.

Speaking further to back up this view, the minister revealed that the heads of mission, ambassadors and other staff from countries whose nationals are leaving still remain in Nigeria.

He said: “It is basically a case where people are more familiar with the health system in their various countries and so...they would be in more familiar surroundings..."

Meanwhile, Legit.ng reported that some citizens of the United States (US) who were intending to return to their homeland were stranded at the Lagos airport on Thursday, April 2.

This was as the flight from the Murtala Muhammed International airport could not get approval to use the airspaces of some countries which have gone into lockdown due to the virus.

According to an official report from the airport, the flight that was supposed to evacuate the Americans on board an OMNI Air plane was cancelled as it was not permitted to fly-over certain nations.

In another post, Legit.ng reported that 100 German nationals at the Murtala Mohammed International Airport in Lagos were waiting for their flight to Frankfurt, having completed the necessary documentation.

Moreover, an official at the airport told journalists that an Air France aircraft is waiting to airlift a lot of French citizens.

The British High Commission was also exploring options for sending its staff, dependents and other Britons to the UK. The Air France flight was said to have landed in Lagos via Cotonou with 118 passengers on board at 3 pm local time.