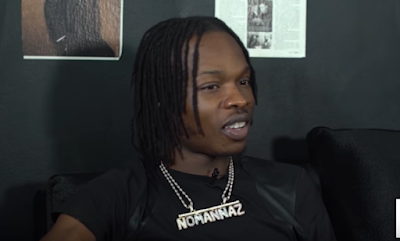 The Lagos State Police Command has confirmed that artist Azeez Fashola alias Naira Marley has turned himself in.

Fashola was among the guests at the 42nd birthday party organised weekend by actress Funke Akindele-Bello for her husband Abdul Rasheed Bello at their residence in disregard to the lockdown directive ordered by government to stop further spread of the novel Coronavirus disease (COVID-19).


Confirming he was in police custody, spokesman Bala Elkana said the music star would be charged to court, adding that efforts were on to arrest others who attended the party.

“Azeez Fashola a.k.a Naira Marley is now in police custody. He will also be charged to court for violating the restriction orders. The command has launched a manhunt for the remaining persons who attended the party.

“The Commissioner of Police Lagos State Command, CP Hakeem Odumosu expressed his profound gratitude to Lagosians and other well meaning Nigerians that spoke up against the violations. Together we can stop the spread of COVID-19.”

While Mrs. Bello was arrested by operatives of the State Criminal Investigation and Intelligence Department (SCIID) Yaba, her husband surrendered himself to the police Sunday night and they were charged to court Monday morning for violating regulation 8(1)(a) and (b) & 17(1)(i) of the Lagos State Infectious Disease (Emergency Prevention) Regulations 2020.

When the charge was read to the duo, they pleaded guilty and were convicted by an Ogba Chief Magistrates’ Court.

They were each sentenced to 14 days community service of three-hour per day excluding Saturday and Sunday; a fine of N100,000 and a visit to 10 important public places within Lagos to educate the public on the consequences of non-compliance with the restriction order.

The court ruled that they must submit the names and phone numbers of every person who attended the party; be placed on compulsory isolation by the government to determine their COVID-19 status, adding that failure to abide would attract more severe punishments.