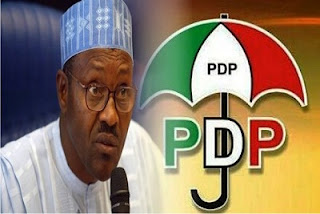 In a statement on Monday by the spokesman for the PDP, Kola Ologbondiyan, the party said the COVID-19 pandemic has further exposed the inherent fraud in the programme.


The PDP accused some leaders of the governing All Progressives Congress (APC) and “the cabal” of fleecing the nation of billions of Naira in the guise of providing palliatives to cushion the effects of the lockdown occasioned by the COVID-19 pandemic.

According to the PDP, some leaders of the APC have been using “ghost beneficiaries” to siphon resources meant to be distributed to the poor and vulnerable as palliative.

Describing the development as alarming, the party alleged that not even a handful of Nigerians had acknowledged receiving any social panacea from government, while officials claimed to have paid out billions of Naira to individuals and households.

The statement said, “The PDP invites Nigerians to note how officials of the APC-led administration fraudulently sidestepped extant financial regulations and illegally resorted to cash disbursements, directly by a cabinet minister, instead of using Central Bank of Nigeria (CBN) cash disbursement facility.

“Such was part of the design to use few unsuspecting Nigerians to circumvent the system, muddle up financial documentation and accountability processes and facilitate the siphoning of huge chunk of the palliative fund.

“Such practice directly points to fraudulent diversion of funds by APC leaders, who have been using the same template of the discredited social investment programmes, which had been exposed by the First Lady, Aisha Buhari, as a fraud, when she, last year, revealed that the N500bn Social Investment Programme of the Buhari administration was not getting to the target beneficiaries.

“More embarrassing is the duplicitous inclusion of the scandalous school feeding programme as an expenditure line even when schools are closed following the social distancing directives; an alarming development that points to the level of corruption in the APC administration.

“The public can now see how the APC-led administration has been using the names of poor Nigerians to loot our national treasury and fritter away billions of naira to finance their wasteful lifestyle while majority of our citizens wallow in hardship and abject poverty.

“This explains why the APC-led administration has refused to open up on the handling of palliative funds despite huge allegations of fraud and diversion.

“It also explains why the APC, as a party, has failed to speak up in support of transparency and accountability in the social intervention programmes, even at this perilous time.

“Instead, the APC leaders are falling over themselves and stampeding the National Assembly for anticipatory approval of N500 billion for yet to be itemized social palliative measures.”

The party restated its earlier call on the National Assembly to properly scrutinise the N500 billion request that was last week, tabled by the Presidency for consideration.

The PDP appealed to the lawmakers to ensure that the funds and others budgeted for intervention get to ordinary Nigerians.

The party also restated calls on the National Assembly to immediately investigate allegations of diversion of funds in the recent disbursement of palliative money by a cabinet minister and recover same for Nigerians.