- The capture of the arms store was said to have occurred on Saturday, April 4, during the offensive against the insurgents

- The Chadian president, Idriss Deby, was reported to have led the operation which lasted for hours

Chadian troops have captured an arms store believed to be owned by suspected Boko Haram insurgents in the Goje-Chadian area of Sambisa.

The capture of the arms store was said to have occurred on Saturday, April 4, during an offensive against the insurgents, The Cable reports. 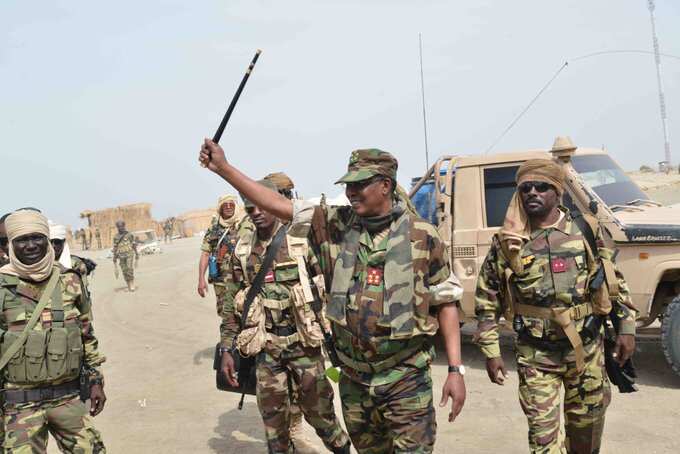 President Idriss Deby was reported to have led the operation which lasted for hours
Source: Twitter

The Chadian president, Idriss Deby, was reported to have led the operation which lasted for hours with the soldiers clearing the insurgents off the area.

Military sources in the area told the newspaper that the arms store is the largest owned by Boko Haram. 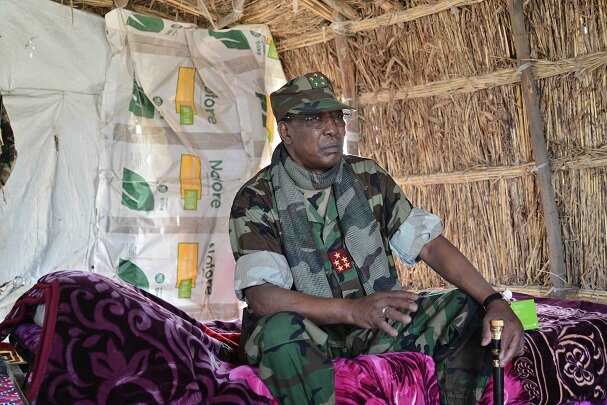 The military offensive was carried out in the Goje-Chadian area of Sambisa
Source: Twitter

President Déby disclosed that he visited soldiers injured during the operations launched against the Boko Haram insurgents.

He said the soldiers were proud to have accomplished a sacred mission in the service of their dear homeland. 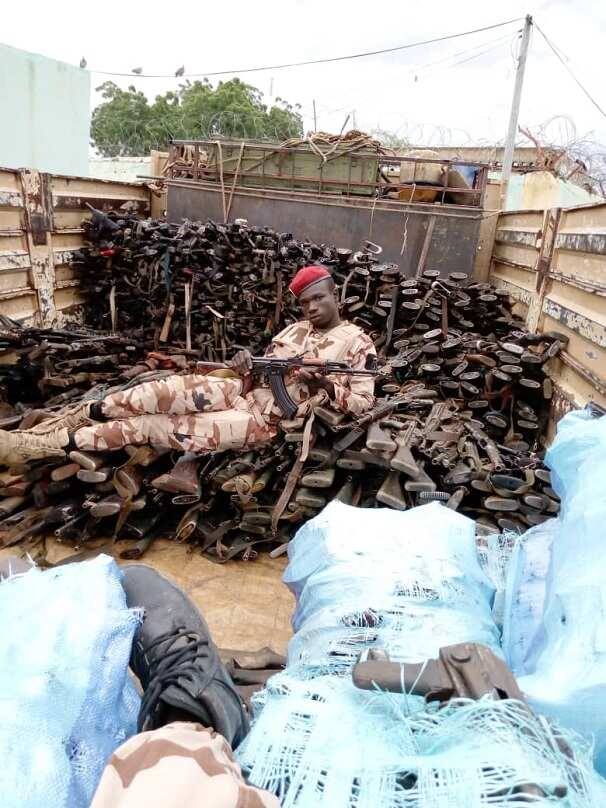 The arms store is said to be the largest owned by Boko Haram. Photo credits: The Cable
Source: UGC

The troops involved in the operation are the Sector 2 MNJTF (Chad Republic), Sector 3 MNJTF (Nigeria) and Sector 4 MNJTF (Niger Republic).

The terrorists had retreated into the islands following the sustained onslaught by the troops of Operation Lafiya Dole.

“These heinous acts necessitated the contiguous nations of the Lake Chad basin to jointly launch this massive onslaught on the terrorists across the common borders extending into the Northern Tumbuns of the Lake Chad Basin in Nigeria,” Brigadier-General Benard Onyeuko, acting director of Defence media operations said in a statement on Thursday, April 2.

He stated that aside from the combined operations, troops of Operation Lafiya Dole are equally engaged in the conduct of simultaneous blocking operations aimed at decimating the insurgents.

Still on security, the Air Task Force of the Operation Lafiya Dole and the Artillery Batteries of Sector 3 of the Multi-National Joint Task Force have bombarded Islamic State of West African Province (ISWAP) camp in Tumbun Fulani on the fringes of the Lake Chad in Borno state.

This was disclosed in a statement by the acting director Defence Media Operations, Brigadier General Benard Onyeuko.

According to him, it was part of coordinated joint operations to flush out the terrorists from their stronghold in the Tumbuns Island.

Onyeuko stated that the bombardment was carried out following intelligence reports which indicated that ISWAP elements, with their structures concealed under the dense vegetation of the area, were using the settlement as a base from where they plan and launch attacks.