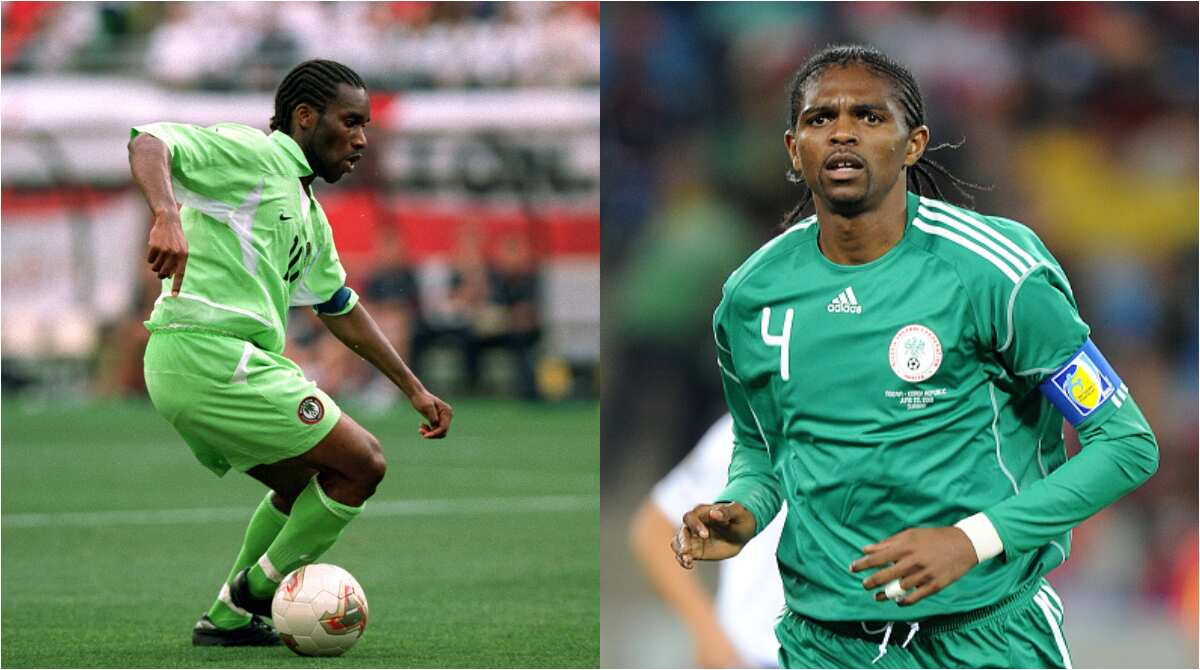 - The ex-internationals were brilliant during their playing days

Manchester United forward Odion Ighalo has stated that ex-Nigerian internationals Jay-Jay Okocha and Nwankwo were two great players he idolised while growing up.

TribalFootball reports that the 30-year-old sees the two retired players as his great heroes.

Arguably one of the finest players, Okocha who had 85 career club goals in 454 appearances played in the midfield for top teams including Fenerbahce, PSG, Eintracht Frankfurt as well as Bolton Wanderers where he dazzled the Premier League.

The former Super Eagles captain was a household name among Bolton fans as they went on to print his name on shirts with the inscription “so good they named him twice”.

And then Nwankwo Kanu played with top European clubs including Ajax Amsterdam, Inter Milan as well as Arsenal, West Bromwich Albion and Portsmouth in the UK where he scored a total career club goals of 108 goals in his 121 goals in 533 appearances including 25 goals for local club Iwuanyanwu Naational.

The two-time African footballer of the year also scored 12 goals for Nigeria in 87 matches.

Ighalo who has scored 16 goals for Nigeria in his 35 appearances before he retired referred to the duo as his legends.

"And some Nigerian players as well like Jay-Jay Okocha and Nwankwo Kanu,” Ighalo said.

"They are great players, they were my heroes growing up and I watched them on TV."

On his United heroes, Ighalo added: "Well, I had a lot of football heroes. When I started supporting Man United, Dwight Yorke and Andy Cole were my heroes growing up.

"It is a great privilege for me to play at Man United, where great players like Dwight Yorke and Andy Cole have played."

Legit.ng earlier reported that Nigerian striker Odion Ighalo is hoping to have a permanent deal with Manchester United as his six-month loan deal expires in June, according to reports from the Mirror.

Although in the wake of the rampaging coronavirus which has forced all elite football competitions across the UK to be suspended, the loan deal could be extended after it elapses.

Ighalo has hinted that he wants to remain with the Old Trafford outfit beyond the current season despite his parent Chinese club Shanghai Shenhua offering him a fresh £400k-per-week contract.