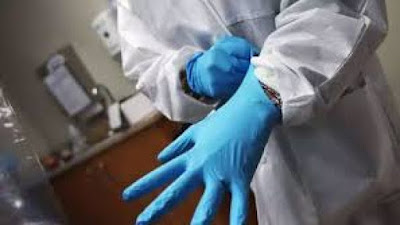 Doctors treating the over 40 COVID-19 patients at the University of Abuja Teaching Hospital, Gwagwalada, have complained about the failure of the Federal Government to pay them their allowances.

It was learnt on Tuesday that there are five doctors and four nurses, as well as three cleaners working at the isolation centre who are collectively owed over N30m.

Our correspondent was informed that due to the sensitive nature of the disease, the government picked and trained the five doctors with a promise to pay them the sum of N50, 000 daily while nurses were to be paid N40,000.


They were also promised hotel accommodation near the hospital.

However, top health officials told our correspondent that only N40,000 had been given to each doctor since they started working there on February 15, 2020.

A top source said the doctors had already started working on suspected cases at the isolation centre before the first confirmed case in Abuja on March 20, 2020.

“The health minister said during the Presidential task force briefing recently that we were well taken care of but we have not received anything besides the N40,000 in the last two months.

“When we went to understudy Lagos at the time the disease first broke out in February, we were told that the doctors were receiving N50,000 per day. In fact, Dr Ismail Abdusalam, who was in charge of the doctors, said N40,000 was paid to nurses, N20,000 to cleaners and then there was a special package for security while the staff that come in contact with patients would be placed on life insurance. That was the template we used.”

The health worker said some firms had offered to take care of the doctors but the hospital authorities seem to be more interested in donated equipment and neglecting the staff.

A nurse said they would rather have the allowances than have life insurance which is only payable in the event of death.

The nurse added, “It is because we are not well taken care of that health workers don’t want to join in this COVID-19 fight. We have been working since February 9. On February 9 we had the first set of suspected cases that were Chinese. They were later discovered to be negative and discharged.

“We had the second set of Chinese that were negative discharged. We had set of Nigerians that were discharged before we had final set that turned out positive and treatment started. We have not been received anything since then.

“They are thinking of bringing volunteers and retired doctors while we that have been in the trenches have been abandoned.”

A spokesperson for the hospital, Frank Omagbon, neither responded to calls nor a text message on Tuesday.

Similarly, the Director, Hospital Services, Dr. Adebimpe Adebiyi, could not be reached for comment.

However, a top source at the ministry of health said, “The money will soon be released. We appreciate the 24-hour job the doctors are doing. They should be just a little more patient.”