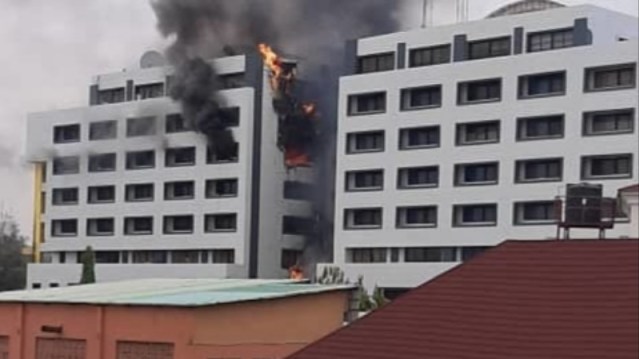 Kola Ologbondiyan raised the allegation while reacting to a fire that gutted some rooms at the office of the Accountant-General of the Federation in Abuja on Wednesday.

Ologbondiya linked the fire incident to the call for a probe into subsidy payments made by the government since 2015 when Buhari became president.


Ologbondiya said: “We demanded a probe of the subsidy payments since 2015 that @MBuhari came into office and the next thing is fire guts Treasury House… Fraud!”

However, the building housing the Accountant-General’s office, also known as Treasure House was recently renovated.

The cause of the inferno, which has been extinguished by the Fire Service, is still unknown.