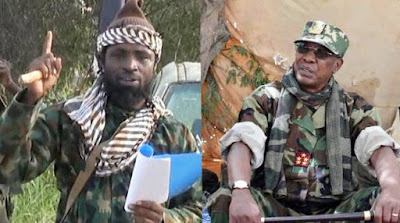 Chaldian Army on Thursday said 52 of its personnel and 1,000 terrorists were killed in the President Idriss Deby-led Wrath of Bohoma operation that commenced last week.

The army’s spokesman Colonel Azem Bermendoa Agouna told AFP that the operation was concluded on Wednesday after the terrorists were forced out of Chad.

Deby last week led his troops to war at the Lake Chad border region following last month’s seven-hour attack of its military base at Bohoma by Boko Haram elements that killed 98 Chadian troops.

According to AFP, the Chadian Army spokesman said 1,000 terrorists were killed and 50 motorised canoes destroyed.

“A thousand terrorists have been killed, 50 motorised canoes have been destroyed,” he said, referring to a large boat also called a pirogue.

It is the first official snapshot of the outcome of Operation Bohoma Anger, launched after Chad’s armed forces suffered their biggest one-day loss in their history.

Lake Chad is a vast, marshy body of water where the borders of Niger, Nigeria, Chad and Cameroon meet.

The western shores of the lake have been hit by jihadists crossing from northeastern Nigeria, where Boko Haram launched a bloody campaign of violence in 2009.

Chad declared departments near the lake “a war zone” in order to give the military free rein for the offensive.

NDDC says its executive director died of COVID-19, warns against politicisation of death 0

OPINION: How to raise our kids better by Amina Lawal 0

Too Much Money! Hundreds Of iPhone 6 Phones Used As Decorative Tiles For House Fence (Video)

OPINION: How to raise our kids better by Amina Lawal

Editor's note: Amina Lawal, a public affairs commentator who is also a trustee and executive of the Onyi Bala Foundation, writes on the increasing cases