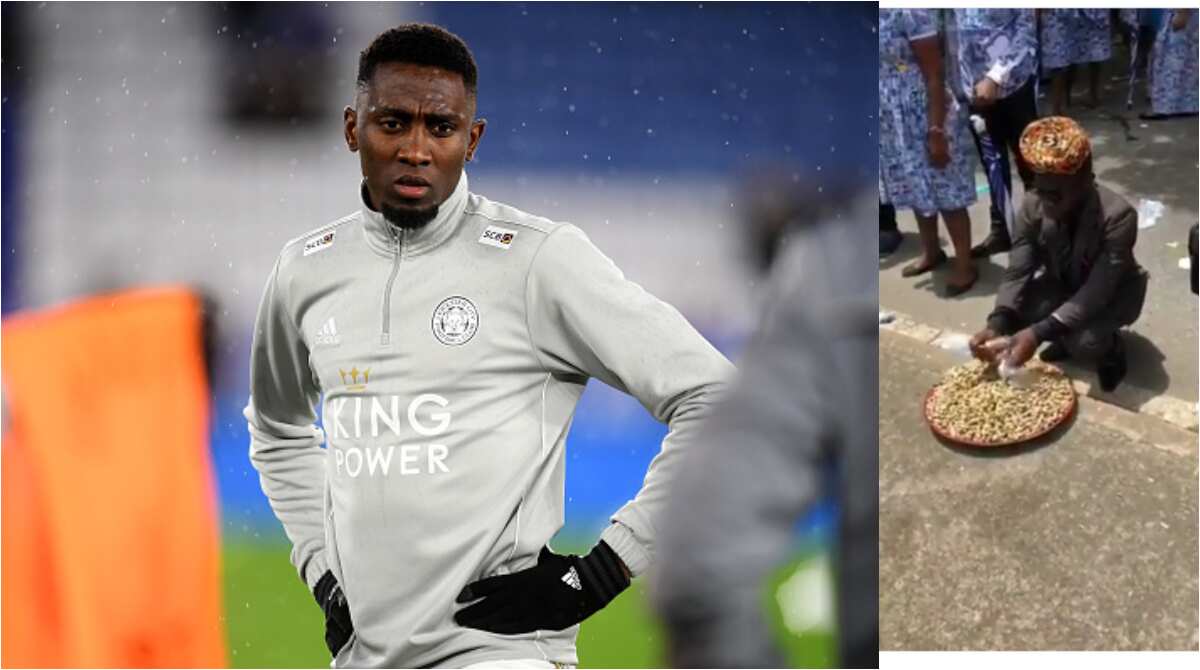 Super Eagles and Leicester City midfielder Wilfred Ndidi has narrated how he grew up on the streets of Lagos saying he had to help his mother sell fruits and food for them to survive.

Ndidi who moved to Europe in 2015 when he joined Belgian club side Genk stated that growing up for him was a very tough one that his family went through tough times.

The 23-year-old who currently plays for Leicester City joined the Foxes in January 2017 and has been impressive for the King Power Stadium.

“I was the market boy and I was known mostly for selling groundnuts because it comes out every season. Just name them.

"I sold peppers, tomatoes and avocado.” Ndidi said on Out of Home Podcast.

Wilfred Ndidi recently announced the arrival of his first child with wife Dinma who he married in May, 2019.

The Leicester City star disclosed that the adorable baby girl has been named Jaina as he posted of himself carrying the jewel on his Instagram handle.

Ndidi branded himself as the most fortunate man in the world after marrying long term girlfriend Dinma in Abuja last year.

A church wedding was held in the Nigerian capital city on Saturday, May 25, 2019 in where some of his teammates and top football administrators attended.

Serie A champions Juventus have reportedly joined Manchester United and Arsenal in the fight for them to sign Super Eagles and Leicester City midfielder Wilfred Ndidi.

So far this season and even since the Nigerian joined Premier League side Leicester City, Ndidi has been one of the best midfielders in the English topflight.

And according to the report by Calciomercato, Juventus have identified Wilfred Ndidi as the ideal man who will be of good help in their squad.

”The Leicester midfielder Wilfred Ndidi would have ended up in the sights of the Turin leadership. In this season the Nigerian has collected a total of 2224 minutes scoring two goals and one winning assist,” the website stated.

Legit.ng earlier reported that Super Eagles star John Obi Mikel has donated bags of rice, beans and noodles and others around a Jos community to help the poor who have been affected by the coronavirus crisis.

This is the second time within the space of two weeks he has donated food items to the needy, as he posted on the exercise on his Instagram handle.

Mikel spent most of his childhood in the Plateau state capital and now he has returned to assist the communities that made him.