Former Super Eagles forward Finidi George has named AC Milan and Italian football legend Paolo Maldini as the toughest opponent he faced in his career before he retired from the game.

Finidi George is one of the best forwards Nigeria ever had considering his pace up front and his goal-scoring sense which helped him both in the national team and all the clubs he played for.

Recently, Real Madrid legend Roberto Carlos named Finidi George as one of his toughest opponents he met during his active playing days.

And for someone like Roberto Carlos to have mentioned Finidi George considering the numbers of forwards he faced, then that shows the quality of the Nigerian.

While speaking in an exclusive chat with Legit.ng, Finidi George revealed that Paolo Maldini gave him tough times during the time that they both met.

“Maldini was my toughest opponent, he never game me room to operate in the right wing and always stood tall anytime we met.

“For other defenders, I had my moments and they had theirs,'' Finidi George explained exclusively to Legit.ng via Instagram video. 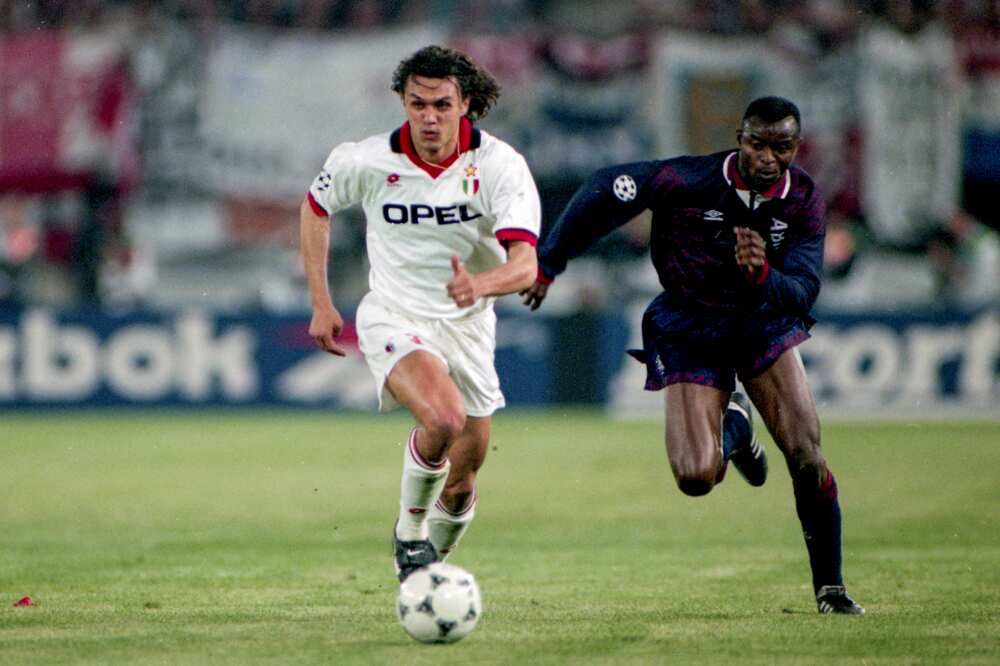 Born in Port Harcourt in 1971, Finidi George played for three Nigerian clubs before he moved to Europe with Ajax his first destination.

Finidi was also an important member of the Super Eagles team during the 1990s appearing in two World Cups.

Earlier, Legit.ng had reported how former West Ham United coach Harry Redknapp is reportedly being considered as the next coach of the Super Eagles who could replace current handler Gernot Rohr.

Rohr has been handling the Super Eagles since August 2016 and the German football manager has taken Nigeria to two major competitions.

He took Nigeria to the 2018 FIFA World Cup in Russia where the Super Eagles failed to reach the knock out stages no thanks to their defeat against Argentina.

Super Eagles under Gernot Rohr campaigned at the 2019 African Cup of Nations in Egypt where they finished as third best after beating Tunisia in the third place match.

The contract of Gernot Rohr is coming to an end with the Super Eagles and there have been speculation that he could leave the three-time African champions.

This has made Harry Redknapp being linked with taking over from Gernot Rohr.