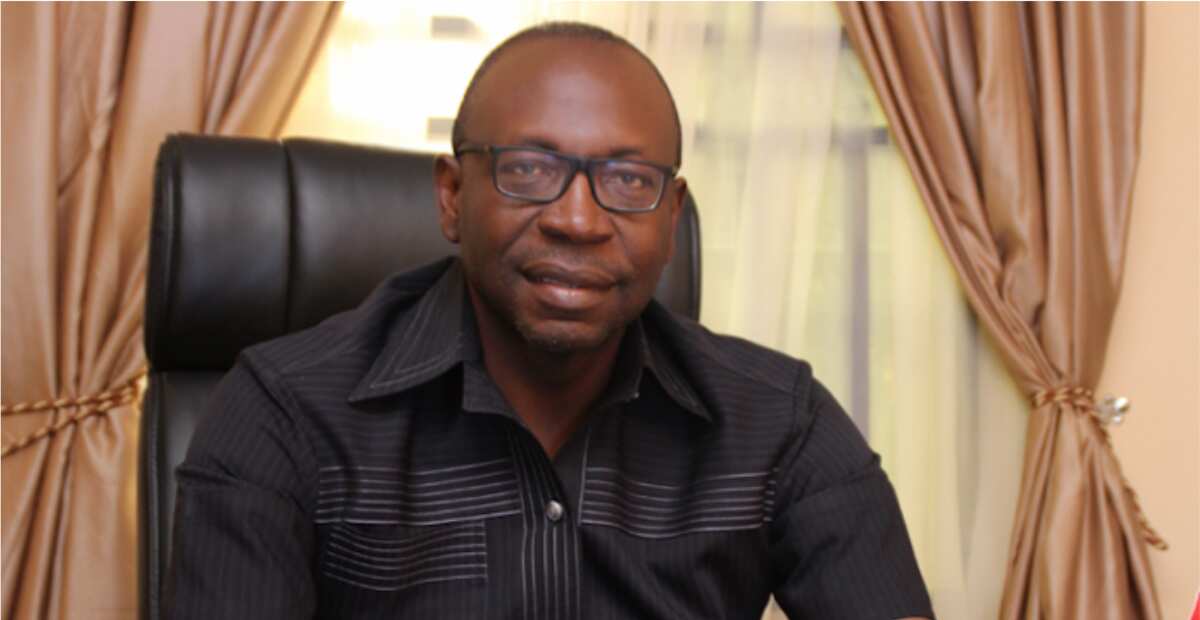 The re-election bid of Governor Godwin Obaseki may have hit the rock as another governorship aspirant of All Progressives Congress (APC), Pastor Osagie Ize-Iyamu, emerged the party's candidate for the next gubernatorial election in the state.

The Nation reports that Ize-Iyamu, a former Secretary to Edo State Government (SSG), emerged the candidate of the party on the night of Tuesday, May 26, in Abuja through a consensus arrangement.

Legit.ng gathered that the Ize-Iyamu, a pastor of Redeemed Christian Church of God (RCCG) was presented by chairman of the screening committee, Senator Francis Alimikhena, the representative of Edo North senatorial district.

Meanwhile, Legit.ng had previously reported that